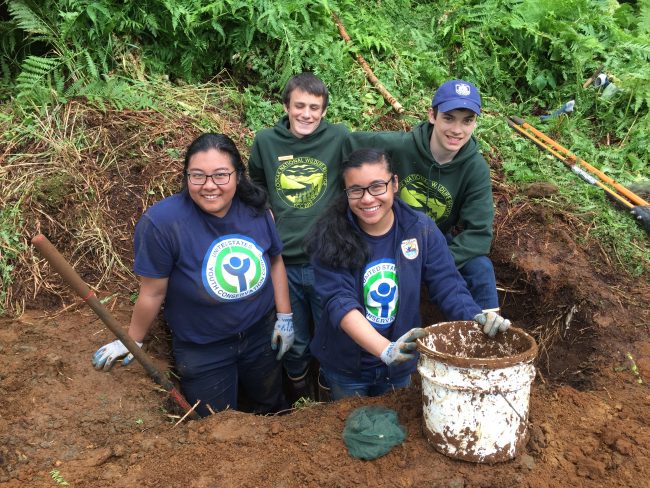 This February, three Kodiak High School students head to the big city of Anchorage to present at their first conference: the annual Alaska Forum on the Environment (AFE).

Hannah Villaroya, Keegan Ryder, and Leif King all served as crew members on the 2017 Kodiak National Wildlife Refuge Youth Conservation Corp (YCC). They will share their summer experiences working with the Refuge, and will present about their leadership role for programs such as Pop-Up Salmon Camp. Pop-up Salmon Camp is an innovative way to bring the Refuge’s popular science camp to children of Kodiak at the summer lunch program. The teens each led two stations on topics of their choice; they took the initiative to study their topic, and then developed activities and hosted over 100 participants!

The Kodiak Refuge YCC program is a service learning program for students: as they learn, they are actively engaged in efforts to either teach others what they have learned and/or to make improvements on environmental issues or needs within public lands. For example, a biologist from the Sun’aq Tribe taught them about invasive species, and the crew then helped to remove invasive crayfish from the Buskin River. They received training on trail maintenance and then helped to improve a number of trails on the Refuge and on partner public lands such as Shuyak State Park. 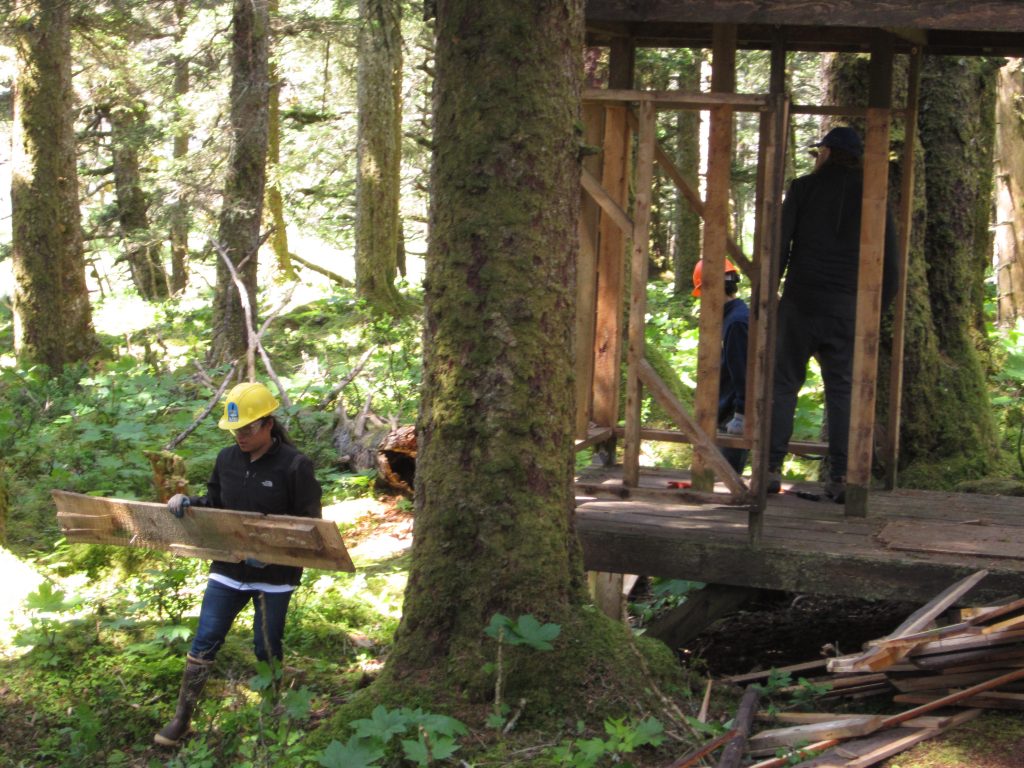 As many as 1,800 people are expected to participate in the 2018 Alaska Forum on the Environment, a state-wide gathering of environmental professionals and leaders. In addition to presenting at the Forum, the teens will be staff the youth-track booth and will collaborate with other youth involved in environmental projects around the state. They are scheduled to present Tuesday February 13th at 9am, and plan to have a hands-on activity for participants to create their own reusable shopping bag out of a t-shirt (an activity they learned at Kodiak’s Threshold Recycling Center).

Environmental Education Specialist Shelly Lawson will work with the teens as they prepare their presentation, and will act as chaperone for their big trip. She is a strong advocate for their participation, observing, “youth are among the most popular presenters at AFE – I think it is due to their optimism and can-do attitude. They inspire and bring hope to all in attendance.”