There are islands in Alaska where hundreds of thousands of seabirds gather annually to breed. These islands are critical to the survival of these species. Imagine yourself living on one of these islands with one other person. Sound picturesque? It is, but you won’t be spending your days sipping umbrellaed drinks while lounging on the beach. You’re here to do a job. You’re here to collect long-term monitoring data on the seabirds (and other species) that breed on your island. You’re going to be cold, wet, and generally uncomfortable for most of your stay. It’s not an easy life, but it’s worth it. You’ll see and hear things very few ever will. You’ll get to collect data that monitors the health of Alaskan seabird populations and the ocean they, and mankind, depend on for survival. Join Sarah and Dan for a summer field season on Aiktak Island, in the Eastern Aleutians, as biological technicians for the Alaska Maritime National Wildlife Refuge. They will show you what it takes to work in this rugged and remote refuge. 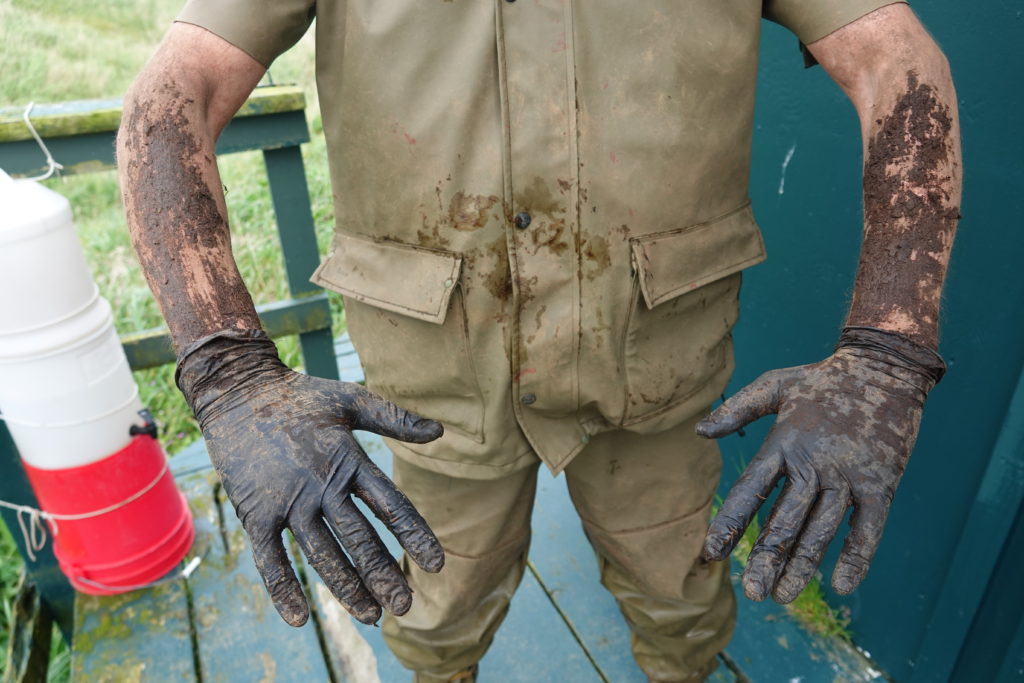 Sarah Youngren and Dan Rapp are seabird researchers. Most people have no idea what they do, because they work where very few people go and with species that spend most of their lives at sea (or in these places few people get to go). Between Sarah and Dan, they have 28 years of experience working with seabirds on remote islands in Alaska and Hawaii (and a stint in Louisiana). They both started their professional careers working with Alaskan salmon, and dabbled in other fieldwork, but both eventually found their way to a remote seabird colony. All parts of living and working on these islands spoke to them, and their addiction hasn’t let up. They have worked with a plethora of seabird species, ranging in size from the armful Black-footed albatross, to the fit in your palm Leaches storm-petrel. Most of the data they collect contributes to long-term datasets for the purpose of detecting trends / changes within seabird populations. But they also conduct and participate in original research, most recently they helped outfit albatross with tags to track their movements across the North Pacific from their breeding colony at Midway Atoll National Wildlife Refuge. Both Sarah and Dan earned their Masters degrees in marine science from Hawaii Pacific University in 2015, with theses that addressed patterns and impacts of plastic ingestion in Hawaiian seabirds. After completing their graduate work, they returned to seasonal fieldwork. Since 2015 they have been spending summers working for Alaska Maritime National Wildlife Refuge, specifically on Aiktak Island in the Eastern Aleutians.