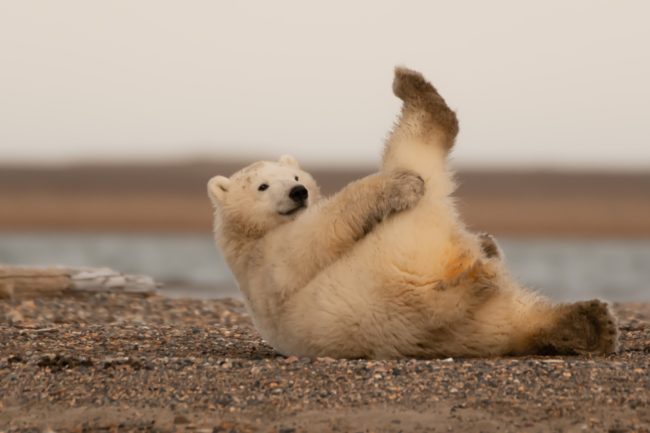 The U.S. Senate finally confirmed Martha Williams as Director of the U.S. Fish and Wildlife Service. This welcome action was followed by the appointment of Sarah Boario as Alaska Regional Director. Now that these leadership positions have been filled, we hope that a Special Assistant for Alaska will be appointed soon.

Arctic National Wildlife Refuge
The Budget Reconciliation bill that includes repeal of the Arctic National Wildlife Refuge oil and gas program and a buy-back of all existing leases seems to be dead. There are glimmers of hope that Senator Manchin will support a lesser version that will include the Arctic Refuge lease repeal in a revised version of the legislation. This likely will not occur before summer, if at all. In the meantime, U.S. Fish and Wildlife Service (USFWS) and Bureau of Land Management (BLM) continue the lengthy and expensive process of developing the Supplemental environment impact statements (EIS) required by order of the Secretary. The federal lawsuit by the Alaska Industrial Development and Export Authority (AIDEA) and the State to stop the process will likely see many conservation organizations intervening on behalf of the government.

The contractor hired by the USFWS has composed a draft of the results of its evaluation of the Kaktovik claim of historical vehicle use for subsistence activities in the Arctic Refuge tundra, including wilderness study areas. However, they are still waiting to receive additional evidence from the applicant to support their claim.

Izembek National Wildlife Refuge
There is no word from the Court since oral arguments were held before the Ninth Circuit Court of Appeals on August 4 concerning the defendants’ appeal of our second successful lawsuit that stopped the illegal land transfer for the proposed road. We also await a final decision by USFWS regarding the State’s appeal of the denial of helicopter use in the designated Wilderness. After an extensive review by Department of the Interior (DOI), the findings have been sent to newly appointed Regional Director Sarah Boario in Anchorage to issue the final decision. We expect that the State’s appeal will be denied, but this may not occur before the Secretary visits King Cove, possibly in the spring.

Alaska Maritime National Wildlife Refuge
The comment period closed on the Bureau of Ocean Energy Management (BOEM) Draft EIS for the Lower Cook Inlet oil and gas development lease sale of approximately 1.09 million acres of seafloor from Kalgin Island in the north to Augustine Island in the south. The proposed developments would create drilling platforms, underwater pipelines, and greatly increased industrial transportation in Lower Cook Inlet and pose a high risk of oil spills that could seriously impact lands and wildlife in the Maritime Refuge. We await the issuance of the EIS.

Kenai National Wildlife Refuge
Oral arguments on the Federal Ninth Circuit appeal of the Kenai Refuge regulations by Safari Club International and the State were held on February 18. The Kenai regulations include a ban on baiting of brown bears and other sensible controls on trapping and predator control. Friends is one of many intervenor-defendants in support of the government. We were represented by Trustees for Alaska Staff Attorney Rachel Briggs who did an outstanding job. Based on the questions by the 3-justice panel, we expect that our victory in the Federal District Court will be upheld.

Yukon Flats National Wildlife Refuge
Hilcorp announced plans to begin seismic exploration in March on Doyon Corporation inholdings in the Yukon Flats Refuge.  There is great concern that this will lead to oil and gas development that could negatively impact wildlife and fisheries in the Refuge.

Sturgeon Decision
We are unaware of any action following the Supreme Court decision in Sturgeon v. Frost, 139 S. Ct. (1066) 2019. Based on this ruling and Alaska National Interest Lands Conservation Act (ANILCA) Sec. 103, the State of Alaska asserted primary jurisdiction over navigable waters on federal lands in Alaska.

Ambler Road
The Department of Interior announced that it will not allow work to proceed on the proposed road to the Ambler Mining District, reversing a pro-mining ruling from the Trump Administration. DOI wants to review the faulty environmental impact statement process. The Department asked the federal court to remand the right-of-way decision to the agency to correct the signiﬁcant deﬁciencies in the underlying analyses. The Department will reconsider the analyses related to the National Environmental Protection Act, National Historic Preservation Act, and Alaska National Interest Lands Conservation Act. The DOI will suspend the right-of-way for the road during the review period to ensure that no ground-disturbing activity takes place that could potentially impact the resources in question. This is an important step to prevent this disastrous road from impacting national wildlife refuges and parks.