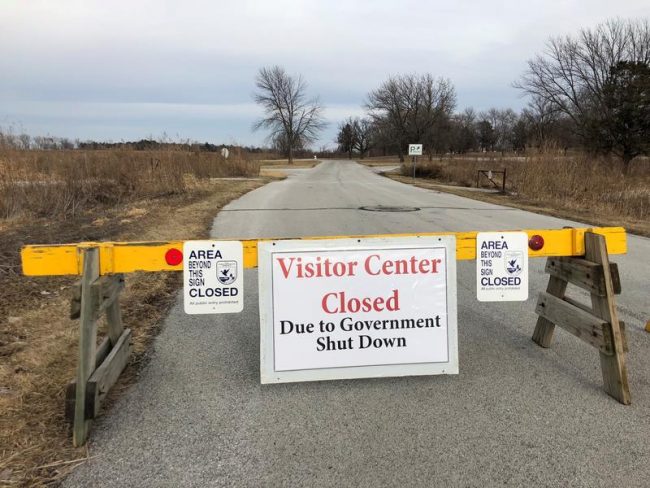 What on earth does “the wall” have to do with Tetlin’s lynx research project,  a school children’s Discovery Lab in Homer or a snowshoe walk in Kenai?  Well these programs and so much more are being held hostage to the budget fight in Washington.  The federal government shutdown, now in its third week, has shuttered all Alaska Refuge visitor centers and offices, canceled environmental education and public programs, postponed meetings and agreements, delayed hiring even of volunteers, postponed commenting on the Arctic Refuge oil leasing EIS, and postponed the start of winter biology projects such as the lynx project and moose counts.

Only 21 employees in Alaska were deemed “essential” and they are working without pay mainly to protect facilities and carry out the shutdown.  All others have been sent home as the Fish & Wildlife Service, without a budget, has no authority to pay employees.  Two Friends events have already been cancelled due to the shutdown and several others are at risk.  We can’t meet with Refuge staff if they aren’t on the job.  Below is a list of some closures, cancellations and postponements that we know about.  It is hard to get information on the scope of the cancellations when there are no refuge staff available to talk to.  We also do not know if refuge wildlife and lands are suffering damage such as is reported for the Lower 48 National Parks and Refuges.  All lands remain open to public use but the public is warned they are on their own.

Contact our Congressional Delegation and the President and tell them to quit holding Alaska’s National Wildlife Refuges hostage over a budget fight.   Tell them:
this shut down is costing all of us taxpayers money and opportunities to enjoy our public lands, programs, and facilities; the impact of this shut down will extend well beyond a return to work as our hardworking refuge staffs will be hard put to make up for this time lost from the job; and it is a breach of faith to not pay employees especially those who are still required to work.

It doesn’t take but a minute to fill in the email forms on our delegations’ web pages:

Not from Alaska?  Find links to your representatives and updates on the shut down at the National Wildlife Refuge Association here.