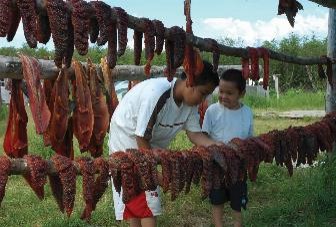 Dr. Lew Coggins, the supervisory biologist at Yukon Delta National Wildlife Refuge, sent me an article he co-authored recently entitled Incorporating harvest–population diversity trade-offs into harvest policy analyses of salmon management in large river basins.  The body of the paper was as technical as the title, so I called Lew to get more context about his research.

Like other Refuges in Alaska, the 1980 Alaska National Interest Lands Conservation Act mandated that Yukon Delta Refuge conserve natural diversity, but also provide the opportunity for continued subsistence uses by local residents.  In this case, Lew tells me, he initiated the study to help current and future refuge managers evaluate this trade-off and address the concern that current harvest levels based on escapement goals could be impacting the stock diversity of Chinook salmon in the Kuskokwim River. 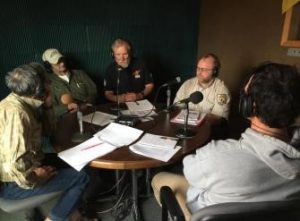 Chinook spawn in at least two-dozen tributaries of the main-stem Kuskokwim. Monitoring of harvest, escapement and age composition for Chinook has occurred since the mid-1970s with a focus on 13 stocks (Figure 1).  Recent declines in Kuskokwim Chinook abundance have sharply reduced subsistence harvest, closed commercial fisheries, prompted widespread stakeholder concern about the future of subsistence, and led to disagreement among managers and stakeholders about appropriate management. 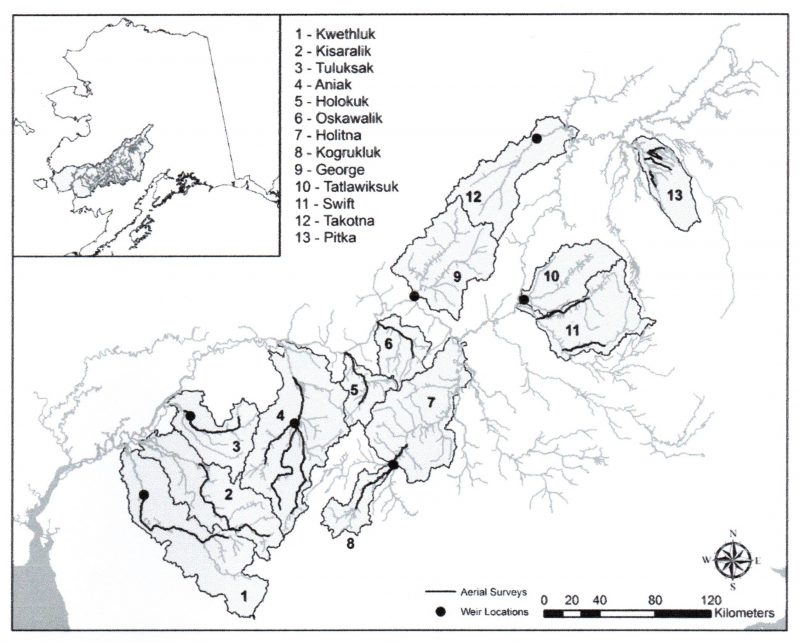 The Yukon Delta Refuge has helped host several workshops since 2015 with influential community members as well as USFWS and Alaska Department of Fish and Game biologists and fishery managers. These workshops, funded by the National Fish and Wildlife Foundation, included discussion of existing and potential Kuskokwim Chinook fishery and biological objectives and alternative management actions associated with them.  Lew and his colleagues developed a team that used these capacity building workshops to inform two other, more technical projects funded by the Arctic-Yukon-Kuskokwim Sustainable Salmon Initiative. 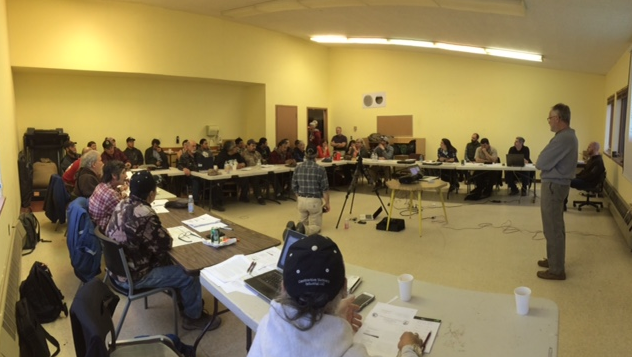 This research considered three contrasting harvest policies that emerged from the workshops:  (1) the “MSY policy” maximizes potential harvest by setting a basin-wide escapement goal and target harvest to produce maximum sustained yield under equilibrium conditions; (2) the “subsistence policy” evaluates a fixed harvest where the harvest goal is equal to that required to meet minimum subsistence needs; and (3) the “conservation policy” maximizes yield from the system but only once biological risks of extirpation to the least productive populations are minimized.  The current management policy seeks to ensure that the total number of Chinook making it to the spawning grounds fall within the range predicted to provide annual harvest greater than 100,000 to fully meet subsistence needs.

Using computer simulation that captured both biological and fishery dynamics, their study shows the trade-offs of these three alternative policies on harvest (a) and harvest stability (b), stock equity (c), and conservation (d).  Figure 2 shows that the policy which focuses on MSY (1) provides the greatest harvest but poor stock equity and a chance that some populations may be extirpated.  In contrast the subsistence policy (2) provides the smallest harvest but greatest harvest stability, whereas the conservation policy (3) provides a middle road with respect to harvest, less harvest stability, but good stock equity and protection.  “The bottom-line”, as Lew explained to me, is that “under current levels of harvest and escapement goals, our modelling suggests the existing levels of stock diversity are protected.”  This is precisely the kind of information that the Yukon Delta Refuge Manager needs to know. 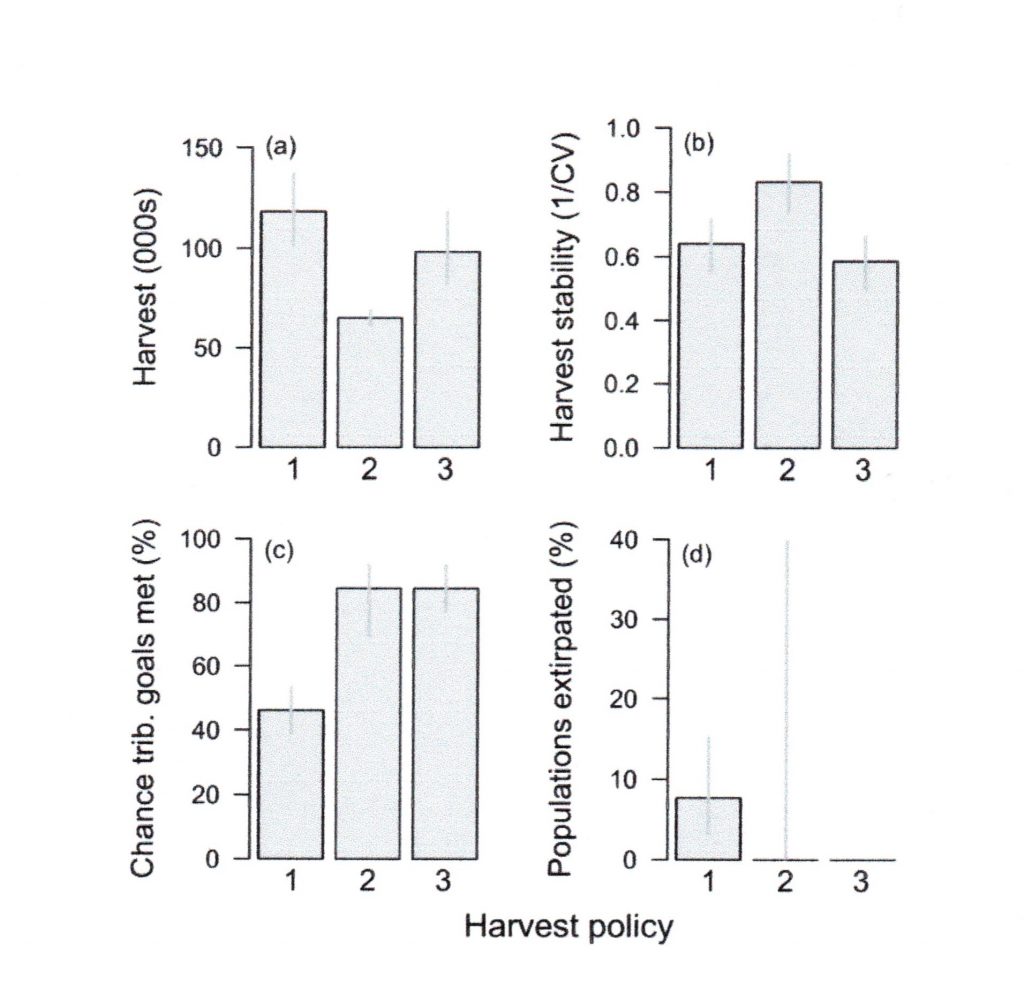 Modeled trade-offs among three harvest policies:  maximum sustained yield (1), subsistence (2), and conservation (3)  to meet fishery (a: harvest and b: harvest stability), equity (c: proportion of population tributaries with spawner abundances that exceeded a tributary-specific spawner goal) and conservation (d: proportion of populations extirpated) objectives. Each bar is the median performance of a given policy over the last 20 years of each simulation

The larger significance of this study is that it scientifically addresses the trade-off between harvests and the protection of diversity, known as the “weak stock problem” in fisheries management. This problem can be acute in large river basins with low levels of management control, like the Kuskokwim, where fisheries for multiple species and stocks in the marine environment or lower river overlap both spatially and temporally.  Doesn’t this sound like many of the salmon fisheries systems in Alaska?