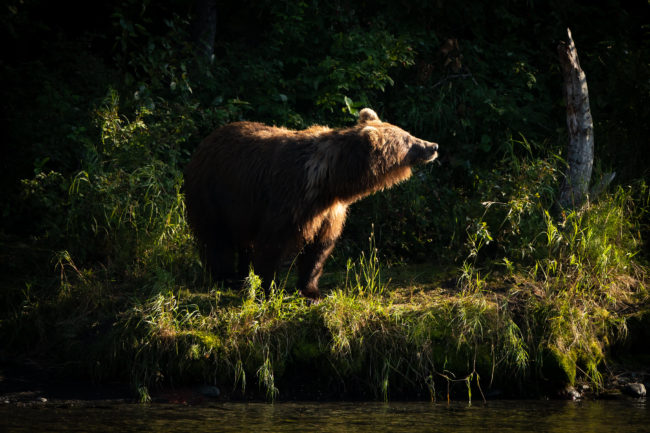 We are pleased that the Fish and Wildlife Service leadership positions have been filled but continue to hope that a Special Assistant for Alaska will be appointed soon. We have heard rumors but have seen no official announcement.

Arctic National Wildlife Refuge
The Budget Reconciliation bill that includes repeal of the Arctic National Wildlife Refuge oil and gas program and a buy-back of all existing leases may be headed for a possible reformulation. There are glimmers of hope that Senator Manchin will support a lesser version that will include the Arctic Refuge lease repeal in a revised version of the legislation. This may occur before summer. In the meantime, U.S. Fish and WIldlife Service (USFWS) and Bureau of Land Management continue the lengthy and expensive process of developing the Supplemental EIS required by order of the Secretary. Many conservation organizations, including Friends have intervened on behalf of the government in the federal lawsuit by the Alaska Industrial Development and Export Authority (AIDEA) and the State.

The contractor hired by the USFWS completed its report about the results of its evaluation of the Kaktovik claim of historical vehicle use for subsistence activities in the Arctic Refuge tundra, including wilderness study areas. We expect that the report includes little hard evidence to support the claim of historic use of vehicles. The USFWS is processing the application to decide the validity of the Kaktovik claim.

As lead plaintiff in this case, Friends worked closely with Deborah Williams (former Alaska Special Assistant to Secretary Babbitt for Alaska), Nicole Whittington-Evans (Alaska Director for Defenders of Wildlife), and others to develop options and strategy to undo this extremely dangerous decision. Trustees for Alaska ultimately decided to petition the Ninth Circuit to rehear the case en banc. Extensive efforts spearheaded by Ms. Williams achieved huge support for the petition by amicus briefs by President Jimmy Carter  and former Interior Secretary Bruce Babbitt and former Interior Solicitor John Leshy. Trustees also obtained amicus support from a group of 25 law professors. On May 16, the Court ordered the defendants to file a response to our petition, which is the first step toward a possible rehearing. This is very encouraging, but must be followed by a majority vote of the full Court. We hope that the Ninth Circuit will grant the en banc rehearing, which may take several months for a decision. A decision to rehear the case would nullify the disastrous panel decision and begin the appeal anew.

Fulfilling her commitment to Senator Murkowski, Secretary of the Interior Haaland visited the Izembek Refuge and King Cove on April 19. She was accompanied by her Special Advisor Raina Thiele, Senator Murkowski, USFWS Director Martha Williams, Regional Director Sara Boario, Regional Chief of Refuges Brian Glaspell, and Izembek Manager Maria Fosado. After a very emotional welcome and ceremonies in King Cove, Secretary Haaland received a guided tour of the Refuge to see the values of wildlife, habitat, and Wilderness that would be severely impacted by the land exchange and the unnecessary and destructive road. The FWS personnel provided her with extensive information and documents about the destructive aspects of the road and more acceptable and positive alternatives to the unnecessary road. We do not expect a decision by the Secretary until the pending appeal is resolved although she may decide at any time.

Alaska Maritime National Wildlife Refuge
We received the extremely welcome news that the Bureau of Ocean Energy Management (BOEM) canceled the proposed lease sale for the Lower Cook Inlet oil and gas development lease sale of approximately 1.09 million acres of seafloor from Kalgin Island in the north to Augustine Island in the south. This halted any proposed developments that would have created drilling platforms, underwater pipelines, and greatly increased industrial transportation in Lower Cook Inlet and the high risk of oil spills that could seriously impact lands and wildlife in the Maritime Refuge. Liz Mering of the Cook InletKeeper did an outstanding job of organizing and spearheading this major conservation victory.

Kenai National Wildlife Refuge
On April 18, 2022, the Federal Ninth Circuit Court of Appeals issued a sweeping decision that rejected the appeal of the Kenai Refuge wildlife regulations lodged by Safari Clubs International and the State of Alaska, This decision maintained the Kenai regulations that include a ban on baiting of brown bears and other sensible controls on trapping and predator control. Friends was one of many intervenor-defendants in support of the government. Trustees for Alaska Staff Attorneys Katie Strong and Rachel Briggs did an outstanding job to secure this important victory..

Yukon Flats National Wildlife Refuge
We have heard nothing further on Hilcorp’s plans to begin seismic exploration next winter on Doyon Corporation inholdings in the Yukon Flats Refuge.  There is great concern that this will lead to oil and gas development that could negatively impact the world-class wildlife and fisheries and subsistence resources in the Refuge.