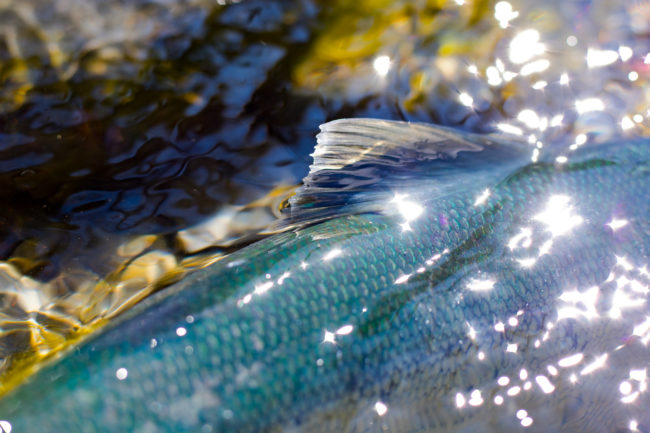 Arctic National Wildlife Refuge
The Budget Reconciliation bill that included repeal of the Arctic National Wildlife Refuge oil and gas program and a buy-back of all existing leases was torpedoed by Senator Manchin. A minimal reconciliation bill is expected to come before the Senate in August without the Arctic Refuge oil and gas repeal. There is a possibility that an amendment to include the repeal might be adopted, but the chances are not good. If Manchin opposes it, the Democrats will need at least one Republican vote to adopt it. However, it appears that the Secretary of Interior has the power to cancel the lease sale, but there is much uncertainty in all of this.  In the meantime, the U.S. Fish and Wildlife Service and Bureau of Land Management continue the lengthy and expensive process of developing the Supplemental Environmental Impact Statement required by order of the Secretary.

The contractor hired by the USFWS completed its report about the results of its evaluation of the Kaktovik claim of historical vehicle use for subsistence activities in the Arctic Refuge tundra, including wilderness study areas. We expect that the report includes little hard evidence to support the claim of historic use of vehicles. The USFWS is still processing the application to decide the validity of the Kaktovik claim.

As lead plaintiff in this case, Friends worked closely with Deborah Williams (former Alaska Special Assistant to Secretary Babbitt for Alaska), Nicole Whittington-Evans (Alaska Director for Defenders of Wildlife), and others to develop options and strategy to undo this extremely dangerous decision. Following Trustees for Alaska petition the Ninth Circuit to rehear the case en banc, extensive efforts spearheaded by Ms. Williams achieved huge support for the petition by amicus briefs by President Jimmy Carter and former Interior Secretary Bruce Babbitt and former Interior Solicitor John Leshy. Trustees also obtained amicus support from a group of 25 law professors. The Court ordered the defendants to expeditiously file a response to our petition, which is the first step toward a possible rehearing. This was very encouraging, and the Department of Justice requested a 30-day extension to file their response and then requested another 30-day extension, both of which the Court granted with the admonition that no more extensions will be granted. Their new deadline to file is August 5, and amicus briefs in support of the defendants must be filed within 10 days. A majority vote of the full Court is required to grant the en banc rehearing, which may take several months for a decision. A decision to rehear the case would nullify the disastrous panel decision and begin the appeal anew. However, if our petition is granted, the Secretary of Interior could withdraw the land exchange, which would end the legal process and leave our district court victory intact.

The National Wildlife Refuge Association and Defenders of Wildlife drafted and submitted a letter to Secretary Haaland on behalf of 13 CEOs of national conservation organizations and Friends of Alaska National Wildlife Refuges requesting a meeting with the Secretary to discuss the problems created by the land exchange and the Ninth Circuit decision. . We were granted a 30-minute virtual meeting with the secretary and her key staff that occurred on July 14. The agenda and presentations were superbly organized by the Defenders of Wildlife staff in Anchorage and Washington, DC. The meeting went extremely well, and the notes can be found here. We are hopeful that the meeting will produce positive actions by her.

Alaska Maritime National Wildlife Refuge
After the extremely welcome news that the Bureau of Ocean Energy Management (BOEM) canceled the proposed lease sale for the Lower Cook Inlet oil and gas development lease sale because of lack of interest by the oil and gas industry, we received the disappointing announcement that the Biden administration has again included a lease sale in the new five-year plan.

Kenai National Wildlife Refuge
On April 18, 2022, the Federal Ninth Circuit Court of Appeals issued a sweeping decision that rejected the appeal of the Kenai Refuge wildlife regulations lodged by Safari Clubs International and the State of Alaska. This decision maintained the Kenai regulations that include a ban on baiting of brown bears and other sensible controls on trapping and predator control. Friends was one of many intervenor-defendants in support of the government. Trustees for Alaska Staff Attorneys Katie Strong and Rachel Briggs did an outstanding job to secure this important victory. However, the State has now petitioned the Ninth Circuit Court for an en banc rehearing of the case. Our attorneys have indicated that they do not feel that the State has made a compelling case for a rehearing, very few of which are granted.

Yukon Flats National Wildlife Refuge
We have heard nothing further on Hilcorp’s plans to begin seismic exploration next winter on Doyon Corporation inholdings in the Yukon Flats Refuge.  There is great concern that this will lead to oil and gas development that could negatively impact the world-class wildlife and fisheries and subsistence resources in the Refuge. If our appeal of the Izembek decision fails, it may to lead to administrative actions to facilitate possible oil and gas development by means of a land trade or other mechanism.