On August 19th, Kodiak National Wildlife Refuge unveiled a new bear statue.  The community gathered to honor their history, reflect on their respect for bears and all that they mean to Kodiak, and to celebrate a new wildlife symbol for their island home. 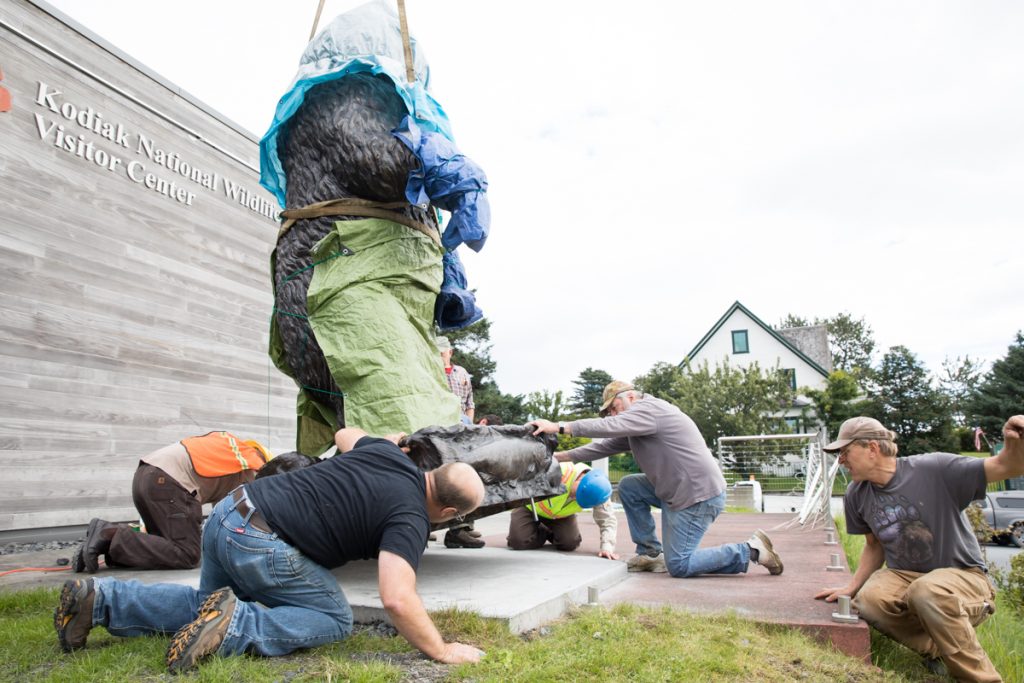 “We had lots of help from members of the team and community, including the mayor of the borough, the deputy manager of the city, three bear guides, retired ADF&G biologist, and the honorable Judge Roy Madsen looking on.”

“We had a really lovely program: Mike Brady, Refuge manager, started the program reflecting that the refuge was established on this day 76 years ago thanks to the concern of guides, sportsmen, and conservation groups who were concerned about the declining population of bears, Paul Chervenak spoke about the importance of the project, Dan Rohrer, the borough mayor, spoke about how the sculpture welcomes visitors from all over the world who come for Kodiak bears and the economic importance of bears to the community, Shari Howard, daughter of Alf Madsen, spoke about the family history of guiding and the old statue, Dr. Alisha Drabek spoke about the cultural relationship of the Alutiiq people and bears and we had a beautiful performance by the Alutiiq dancers, and Dr. Larry Van Daele closed the program speaking to the future needs of bear conservation.” 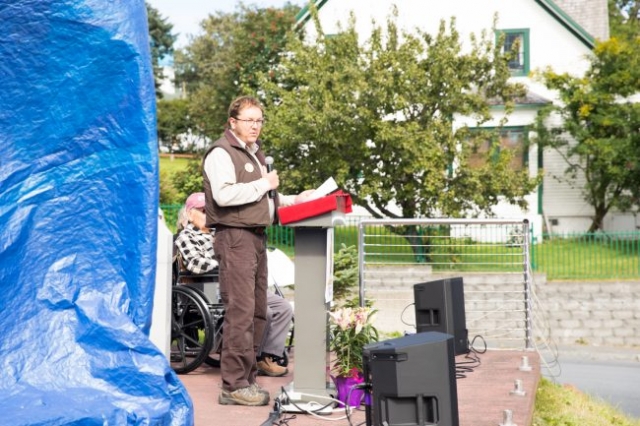 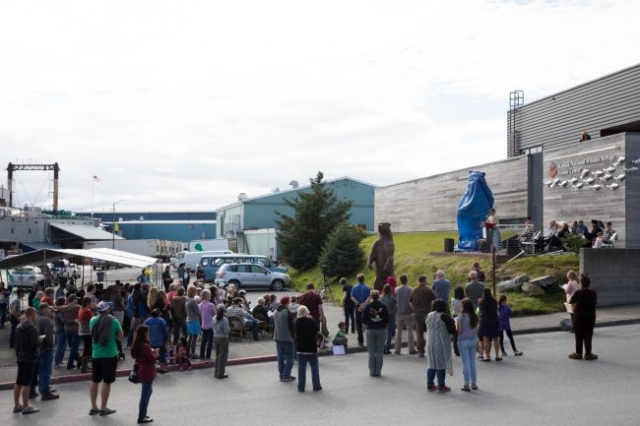 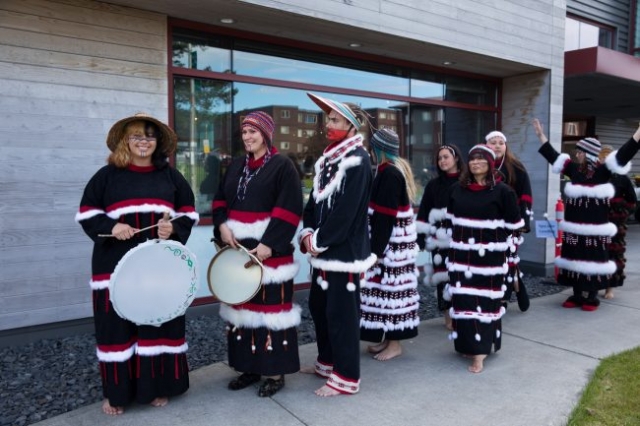 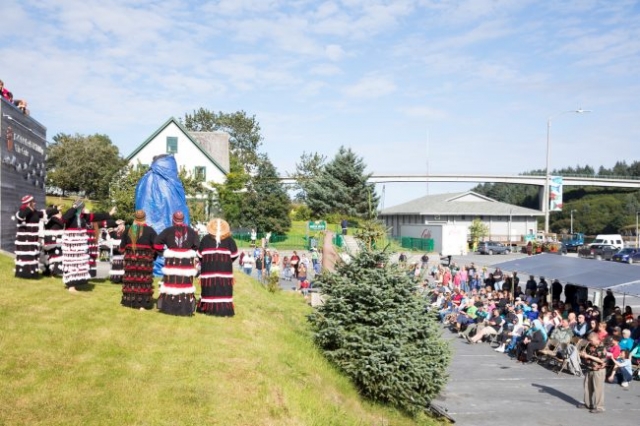 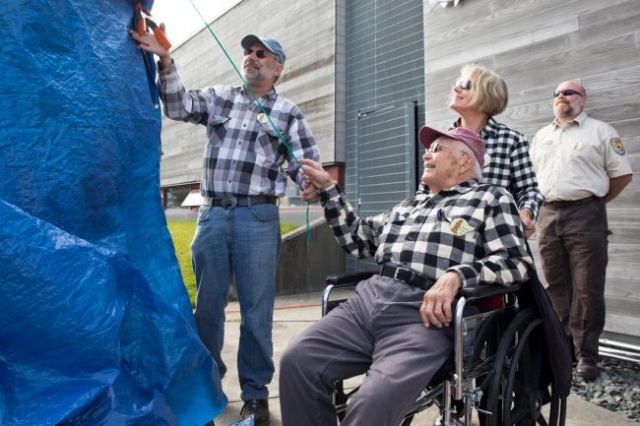 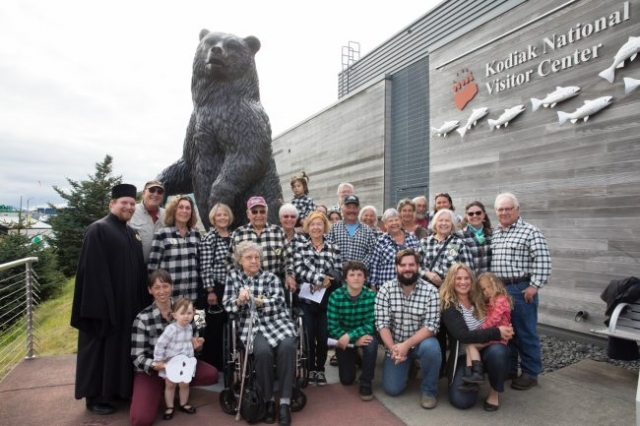 “This extraordinary event was well attended by over 200 people, including community leaders, the Alutiiq people, locals, and conservationists. Distinguished guests spoke about the importance of the project and what is means for the local economy, community, and wildlife heritage of Alaska.”

Kodiak National Wildlife Refuge, which contains the world’s most dense population of brown bears, attracts 65,000 people a year. The reveal of the bear statue reflects the importance and appreciation of the wonderful conservation partnership between the Kodiak community and local, state and federal governments.  The Refuge is honored to host the new Kodiak bear sculpture, and would like to give our heartfelt thanks to many people, including Friends of Alaska National Wildlife Refuges and the National Wildlife Refuge Association.