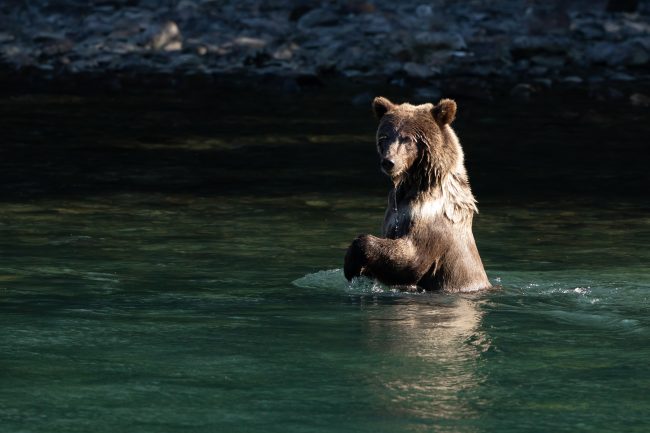 Thanks to all of your comments critical of the proposed changes to trapping, bear baiting, and other Kenai Refuge regulations plus letters from Friends and other conservation partners requesting a public meeting, the Department of the Interior granted our request for a hearing and another 30-day comment period.   The comment period is open until November 9, and the virtual public hearing will be October 26 at 4 pm, AKDT.

Testimony at the virtual meeting is important because our passion on this issue took the other side by surprise and may bring them out in force.  You must pre-register for the meeting at this link.   You can  read the Federal Register Notice here.  Comment electronically here.  Comments you submitted in the first round prior to August 10 will be considered in the final analysis, but we encourage you to take advantage of this opportunity to raise other issues and describe how these changes will affect your personal enjoyment of the refuge.

Under pressure from the State of Alaska, the Department of the Interior required the Fish & Wildlife Service to propose new rules that would negatively affect brown bears, trapping, visitor access, and public safety on the Kenai National Wildlife Refuge.  These changes would seriously weaken refuge regulations that were developed through extensive public processes and agreements with the state that cover 40 years. The proposed rules were released in June with a comment period that closed in August without a public hearing.  Over 34,000 comments were received, in addition to tens of thousands of petition signers.

Proposed Rules would allow brown bear hunting over bait for the first time.   Hunters could use human food to lure bears to bait stations up the Swanson River Road, jeopardizing the safety of visitors and oil field workers.  This unsporting hunting method is highly effective at killing bears and will have detrimental consequences on the refuge’s brown bear population.

Proposed Rules would open new areas to trapping and eliminate the safeguards in the refuge trapping program.  The Kenai Refuge would no longer be allowed to manage trapping on the refuge and the state, with it lax trapping rules, would take over resulting in these negative impacts:

Other provisions of the Proposed Rules would allow bicycles, game carts, and ATVs on some roads, frozen lakes, and trails and permit the discharge of firearms along the Kenai and Russian Rivers from November 1 to May 1. This would endanger public safety, increase the killing of watchable wildlife, and seriously degrade visitor experiences.

Visit the Kenai Regulations page on our website  for a chart comparing existing regulations to these changes, information on how to comment non-electronically, advice on how to submit effective comments and more background information.