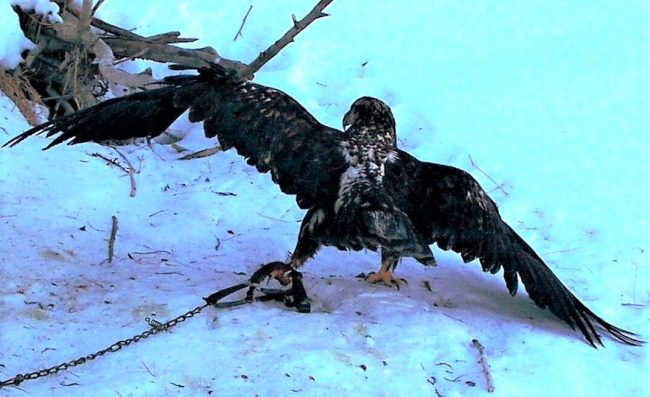 Under pressure from the State of Alaska, the Department of the Interior required the Kenai Refuge to propose rules that would affect trapping, brown bears, visitors, dogs, and public safety on the Refuge.  There have been no public meetings and scant public notice. The public comment period closes August 10.

Proposed Changes replaces the Refuge’s trapping regulations with the State’s less restrictive regulations. The Refuge trapping regulations were developed in the 1980s in response to trapping abuses under State management such as dogs and eagles caught in traps, traps left out after the close of the season, traps along popular trails and roads, no accountability as traps were not marked, traps that were rarely checked leaving animals to suffer, and overharvest of some species. Under Refuge management trappers were required to get a Refuge permit and abide by these safeguards:

All of these safeguards will go away under State management of trapping. The new rule will apply to all of the Refuge except the Skilak Recreation Area which has its own set of rules.

Proposed Changes would allow brown bear hunting over bait. Hunters will be allowed to use human food to lure bears into bait stations up the Swanson River Road. This affects visitor and oil field worker safety as only the largest bear to visit the bait station will be killed, leaving other bears to roam with their newly-acquired taste for doughnuts and cooking oil.

Other provisions of the Proposed Changes would allow bicycles, game carts, and ATVs on some roads, trails or lakes but these are less controversial. However, allowing shooting along the Kenai and Russian Rivers from November 1 to May 1 seems ill-advised for public safety and would increase the take of watchable wildlife in this area.

The conflict between State and Refuge wildlife management that led to this stems from the different mandates of the two agencies. Federal laws and regulations require National Wildlife Refuges to be managed for natural biodiversity and a balance of predators and prey. The State mandate of maximum sustained yield of species such as moose and caribou is the justification for their predator control programs, especially killing bears and wolves. In contrast to the State, Refuges must consider user conflicts, such as trappers vs. hikers with dogs and hunters vs. wildlife viewers and recreationists.

How You Can Learn More:

Please comment on-line or by mail by 7:59 pm ADT, August 10. Feel free to use our talking points but make comments based on your personal experiences and values.

Recording of a panel of retired refuge staff discussing this issue at our July 21, 2020 meeting: