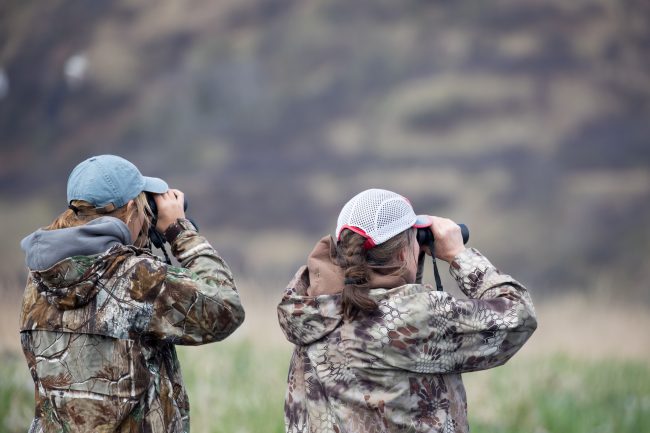 Legendary long distance travelers, both Arctic and Aleutian terns find a summer home along the coast of the Kodiak Archipelago. They float in from exotic southern seas and form nesting colonies in beach grass and meadows, raising their chicks on small fish and fending off predators. For Aleutian terns, the bays and islets of Kodiak are part of an important chain of coastal habitat that stretches from southeast Alaska to eastern Siberia, the only place in the world where they breed. A precipitous decline in their population – over 90 percent in three decades – has prompted concerned scientists to look for clues and study the potential for restoration at colony sites across Alaska. 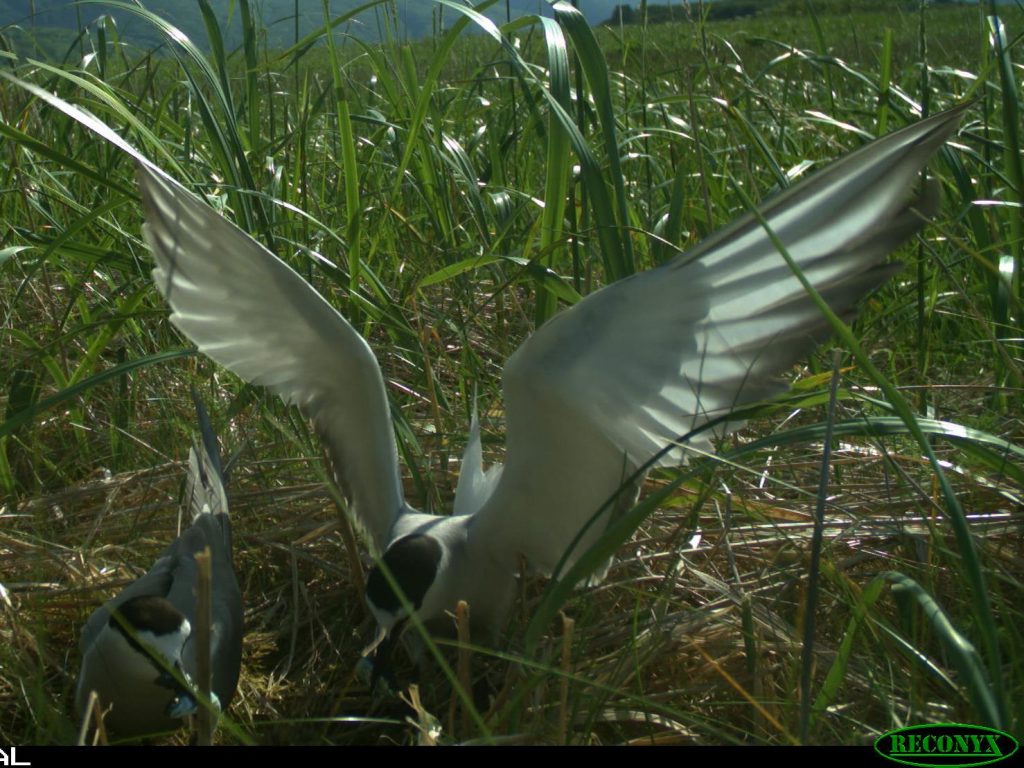 Kodiak National Wildlife Refuge has a long history of monitoring Arctic and Aleutian tern colonies on the Archipelago, beginning with population data collected nearly fifty years ago and surveyed intermittently ever since. In 2016, Robin Corcoran, avian biologist, and Jill Tengeres, bio-technician, began a multi-year project to study Aleutian tern nests using remote game cameras. Images captured by the cameras tell the story of nest fate: how many eggs hatched, the quality and quantity of food provided, and the fate of nests threatened by predators. This past year, they also incorporated nest habitat surveys into their study; understanding the sites selected for nesting over time can provide valuable insight to better protect colonies. In addition to nest monitoring, they continue archipelago-wide population surveys of Arctic and Aleutian terns as part of a nearshore monitoring program in June and August of each summer.

This January, Robin and Jill brought preliminary results of their work to the statewide Alaska Marine Science Symposium, hosted by the North Pacific Research Board. They created two posters to summarize their studies: a poster about Aleutian tern nest monitoring and a poster about the population surveys conducted from 2016-17. As part of the symposium, they will present at a two-day Aleutian Tern Conservation Planning Meeting, and will hear from other biologists who are currently studying the species. Several experts from outside of Alaska – statisticians and tern experts – will join the discussion to help coordinate and plan how to best monitor this imperiled bird across the state.

Read more about current and previous Arctic and Aleutian tern studies and explore the 2018 research posters.