In September 2018, we hosted two earthworm experts from the University of Minnesota at the Kenai National Wildlife Refuge.  Dr. Kyungsoo Yoo and graduate student Adrian Wackett study how earthworms alter soils in the American Midwest and northern Europe, places where exotic earthworms have been around for a long time.  In Alaska, with the possible exception of one species, all earthworms have been recently introduced. The Kenai Peninsula offered these scientists a chance to study incipient populations of earthworms that we had documented just a few years ago. To read the report, click here.

They chose to work at Stormy Lake in Nikiski, where nightcrawlers were dumped near the public boat launch. Nightcrawlers (Lumbricus spp.) make vertical burrows and feed on surface litter, changing soils more dramatically than other earthworm species introduced to our area. Adrian and Dr. Yoo remarked they had never seen such abundant nightcrawlers as what they saw at Stormy Lake.  Earthworm biomass was twice as high as anything published online. Using their data, I estimated 1,300 pounds of earthworms per acre at Stormy Lake.  To put this in perspective, a 1,300-pound moose needs ~500 acres in good habitat.  So earthworms can outweigh moose by 500 times on an acre of boreal forest! 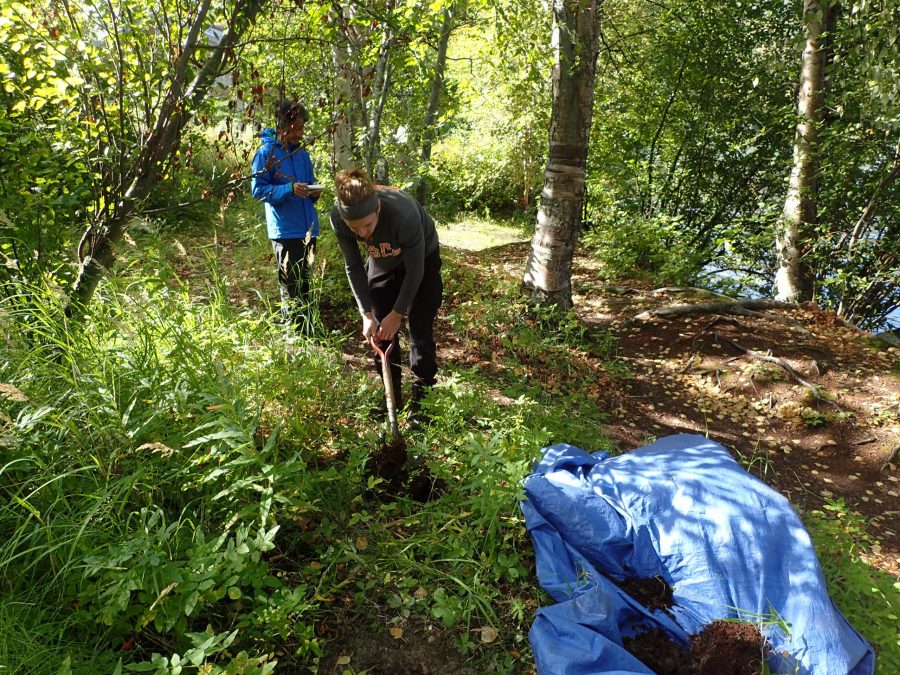 Photo: University of Minnesota graduate student Adrian Wackett digs a soil core near a public boat launch on the Kenai National Wildlife Refuge to examine the effects of a recent introduction of nightcrawlers

Why do earthworms flourish here? We suspect a bountiful food supply of leaf litter with little competition from other worm species. We also witnessed a new phenomenon. As the nightcrawlers invaded new areas, they buried the leaf litter with mineral soil brought up from below. In areas with older infestations where nightcrawlers had more time to multiply, they had consumed all litter and humus layers.

You have likely heard that earthworms improve garden soils.  This is true—cultivated plants generally benefit from earthworms.  But not everyone in the natural ecological community wins.  Exotic earthworms have caused problems in other parts of northern North America. By fundamentally changing the structure and properties of soils through their feeding, introduced earthworms have caused declines in native plants, fungi and animals that depend on thick leaf litter. Ferns, orchids and shrews, for example, tend to do poorly where earthworms occur while grasses and exotic plants fare better. Earthworms can even change which tree species repopulate a forest by altering seed and seedling survival. Thankfully, nightcrawlers remain absent from most of the Kenai Peninsula. On the Kenai Refuge, nightcrawlers are found only at a few boat launches, the result of what is termed “bait abandonment.” 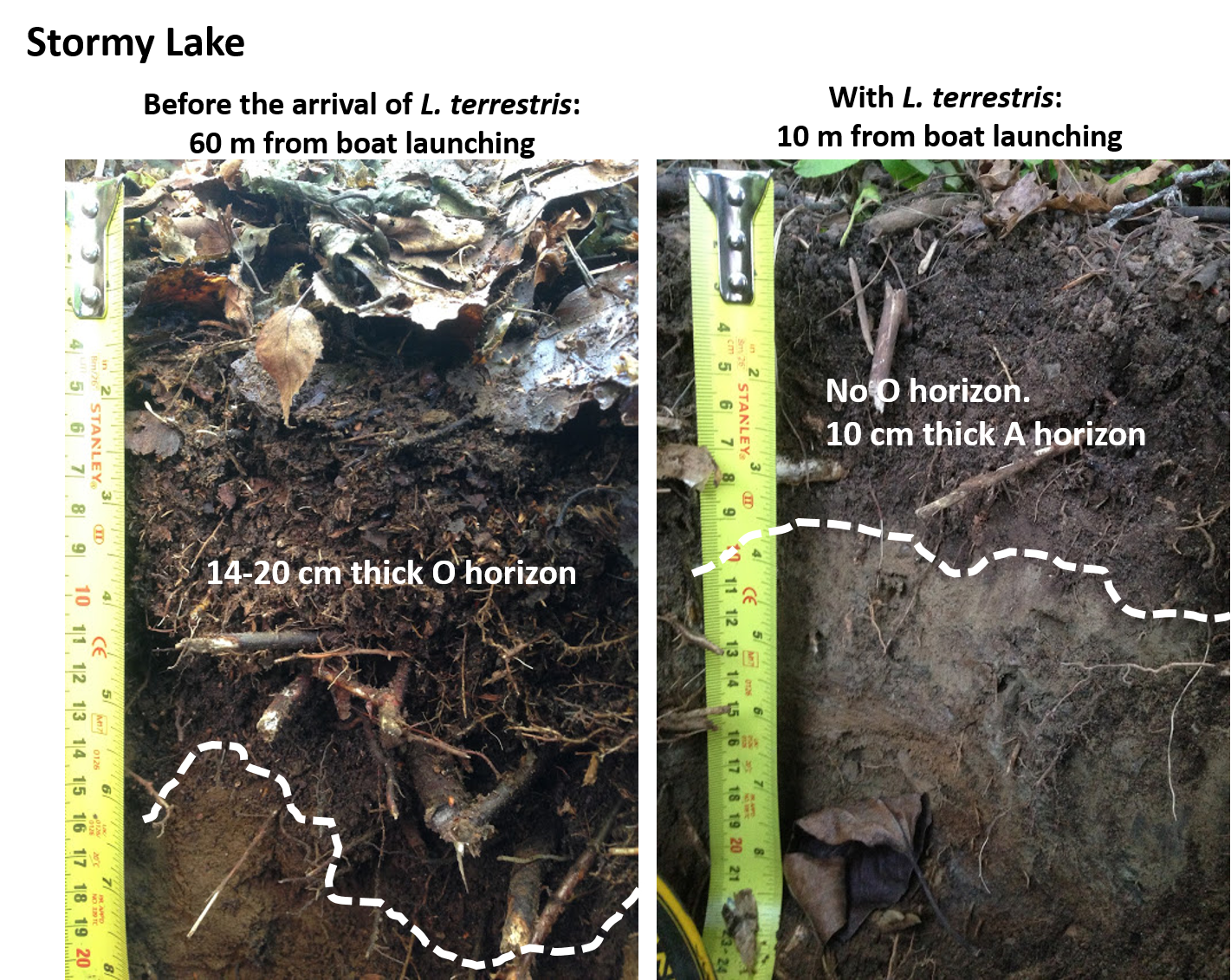 On their own, nightcrawlers spread more slowly than most glaciers move. It would take five centuries for them to colonize Stormy Lake’s shoreline. Robins and other birds could transport earthworms, but this is an unlikely vector.  Nightcrawlers sexually reproduce, which means robins would have to drop multiple live nightcrawlers in the same vicinity to start a new population. Even if this did occur, robins tend to carry food only short distances, so this transport medium would not greatly accelerate dispersal rates. Earthworms can disperse faster by streams, but almost all their known long-range dispersal has been by people.

Here on the Kenai Refuge and in Alaska generally, where nightcrawlers arrived only recently, we still have a chance to conserve naturally diverse and naturally functioning forest ecosystems. In Canada and some northern U.S. states, organizations and governmental entities have sought to change people’s behavior by educating them about problems caused by exotic earthworms. Voyageurs National Park in Minnesota took it a step further by prohibiting live bait partly to prevent the spread of invasive earthworms. These public outreach efforts and regulations may reduce the long-range spread of exotic earthworms, but people continue to transport earthworms to new areas. We are currently assessing the potential for pesticides tested at airports and golf courses to eradicate small populations of nightcrawlers.