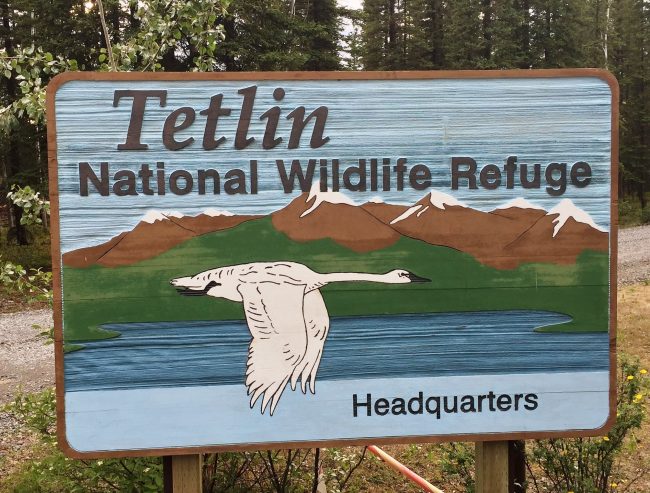 One of the delights of traveling on the Alaska Highway through the Tetlin National Wildlife Refuge is spotting graceful trumpeter swans on refuge lakes and ponds.  The trumpeter, the largest waterfowl species in North America, is such an iconic Tetlin species that it was chosen for their logo used on their signs and publications.  It is hard to believe that at one time, no trumpeter swans could be found on what was to become the Tetlin Refuge.

Trumpeter swans were nearly decimated from the United States for the skin and feather trade between 1600 and the 1800s.  In 1935 only 69 individuals were known to exist in the US although others may have survived in remote parts of Alaska and Canada.  No trumpeter swans were documented in the Upper Tanana Valley where the refuge is located until 1980.  In 1985, the aerial swan survey recorded just 97 swans and 13 broods on and around the Tetlin National Wildlife Refuge.  Since then the population has exploded.  In 2015, the last swan survey, there were almost 2000 swans!  This is consistent with swan recovery throughout the country.  Nation-wide swan populations have increased exponentially at a rate of 6.2% per year between 1968 and 2010.  Over half of North America’s trumpeter swans breed in Alaska. 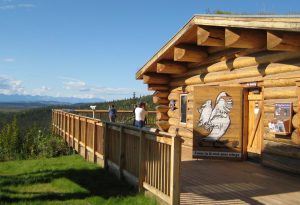 Will this growth continue or has the swan population on the refuge peaked or is it about to peak?   The number of broods has been declining since it peaked at 147 in 2005.  The 2015 survey found that a greater proportion of adult swans are not breeding successfully. Could all the available wetland breeding habitat already be occupied by swans?   This year’s swan survey should help answer some of those questions.  The data presented here is from “Thirty Years of Swan Surveys at Tetlin National Wildlife Refuge (1985-2015)” by Kristin DuBour.  You can access it here.