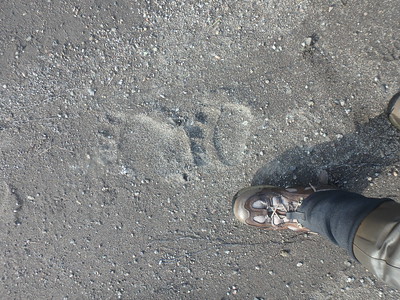 Arctic National Wildlife Refuge
The Budget Reconciliation bill was passed by the House and includes repeal of the Arctic National Wildlife Refuge oil and gas program and a buy-back of all existing leases: Section 20001 of Public Law 115–97 is repealed, and any leases issued pursuant to section 20001 of Public Law 115–97 are hereby canceled, and all payments related to the leases shall be returned to the lessee(s) within 30 days of enactment of this section. The legislation is now in the lengthy Senate process and may receive a final vote this year or possibly in January. We expect that the Arctic Refuge lease repeal will remain in the final version of the legislation. In the meantime, the BLM issued the scoping report for the Supplemental EIS on the leasing program. Significantly, the USFWS was elevated to co-manage the Supplemental EIS with BLM. This was a very positive development due to successful efforts by USFWS to play a major role regarding this proposed development on a national wildlife refuge managed by the USFWS! Hopefully, this process will be rendered moot after the Budget Reconciliation becomes law.

The threat to the Coastal Plain concerning the SF 299 application by Kaktovik Inupiat Corporation (KIC) for a winter right-of-way across the tundra in a wilderness study area continues. The USFWS is waiting for KIC to provide additional information to complete their application. The significance of this effort by KIC is related to the Izembek application for a similar inholding right-of-way. Both claims of a surrounded inholding without access ignore the facts that Kaktovik and King Cove have marine access and other options. If these questionable gambits succeed, it will make that process available for similar claims in other refuges and possibly all federal conservation units. That would be a disaster for all national conservation lands.

The contractor hired by the USFWS continues its evaluation of Kaktovik’s claim of historical vehicle use for subsistence activities in the Arctic Refuge tundra, including wilderness study areas. Since in-person interviews in Kaktovik must be held as part of the process, it is doubtful that the final report will be completed before next year.

Izembek National Wildlife Refuge
There still is no word from the Court since oral arguments were held before the Ninth Circuit Court of Appeals on August 4 concerning the defendants’ appeal of our second successful lawsuit that stopped the illegal land transfer for the proposed road. None of the parties asked for a stay, so we await further word from the Court.

The State had appealed the decision by USFWS that denied the use of helicopters for the Special Use Permits for activities in designated Wilderness. No final decision has been announced by the USFWS Acting Regional Director in Anchorage, but we expect that the appeal will be denied.

Alaska Maritime National Wildlife Refuge
The Bureau of Ocean Energy Management (BOEM) issued the Draft Environmental Statement (DEIS) for the Lower Cook Inlet oil and gas development lease sale of approximately 1.09 million acres of seafloor from Kalgin Island in the north to Augustine Island in the south. The proposed developments would create drilling platforms, underwater pipelines, and greatly increased industrial transportation in Lower Cook Inlet and pose a high risk of oil spills which could seriously impact lands and wildlife in the Maritime Refuge. You can provide written comments at: boem.gov/ak258. Click HERE  for more information. The public comment period closes December 13.

Other Refuges
We have no significant updates on Kenai Refuge regulations or Yukon Flats Refuge oil exploration in Doyon inholdings.  The Yukon Delta Refuge closed hunting on the Mulchatna caribou herd, but there are abundant moose to support subsistence hunting. The State continues to monitor predation of the herd with regard to possible predator control in the Yukon Delta and Togiak Refuges. However, existing evidence indicates that predation is not the primary cause of recent declines in the caribou population.