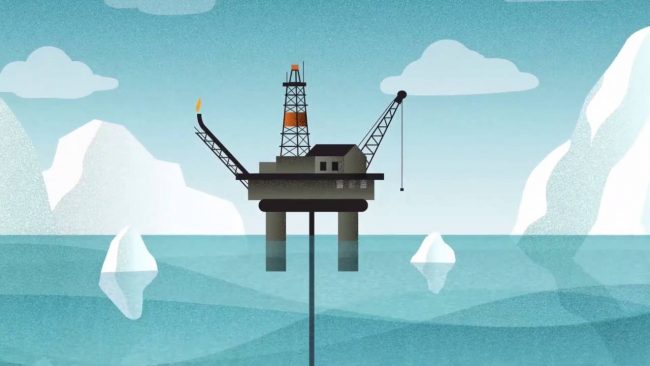 On December 20th the Bureau of Land Management (BLM) released the draft environmental impact statement (DEIS) for the Arctic National Wildlife Refuge Coastal Plain oil and gas leasing program. The document can be found here in its entirety.

Initial analysis of the DEIS reveals a remarkably deficient document and a flawed administrative process that (among many failings) underestimates the impacts to the Arctic Refuge’s iconic wildlife – including polar bears, caribou, and birds, minimizes the adverse impacts to the freshwater resources on which the region’s ecological systems depend, and fails to accurately assess the potential impacts of Arctic oil and gas development on climate change. While the agency is accepting public comments on the DEIS until February 11, 2019, its commitment to public participation and open process is under scrutiny.

Media outlets – including Alaska Public Media – reported this week that the Trump Administration is moving ahead to authorized oil and gas leasing in the Arctic Refuge in spite of a partial government shutdown that has idled 800,000 Federal employees. The continued activity by BLM staff has attracted the attention of Congress. According to AK Public Media, Congressman Raul Grijaiva of Arizona has written to acting Interior Secretary David Bernhardt questioning the continuation of work on the Arctic Refuge and the National Petroleum reserve during the shutdown. “Asking people to comment on two major development processes in the Arctic with huge potential environmental and human consequences without anyone in the agency able to answer questions defeats the purpose of the public participation process,” Grijalva wrote.

The Department of Interior’s juggernaut to permit leasing and stymie public participation is unacceptable. Watch for an action alert that will provide more information on how to develop and submit your input on the Draft EIS to the BLM.

At least for now

A phalanx of rubber-tracked “thumper trunks” is poised to roll across the Arctic National Wildlife Refuge. A recent article in the Alaska Daily News reports that heavy-duty trucks operated by SAExploration are awaiting a green light from the US Fish and Wildlife Service and the Bureau of Land Management to unleash ground-vibrating seismic testing gear across the Refuge’s frozen coastal plain in search of oil-rich geologic formations. The data acquired would be used by oil companies interested in acquiring drilling leases in a sale anticipated as soon as this year.

The partial Government shutdown has stalled the ambitious plan. Federal regulations require opportunities for public input on the project’s Environmental Assessment (EA) and draft Incidental Take Permit for Polar Bears before the thumper trucks can roll.  To minimize disturbance, the work can only be accomplished while the land is frozen. But seismic testing, even on frozen tundra, brings significant risks to wildlife. Conservation groups and polar bear experts have raise concerns over the potential disturbance to snoozing mothers bears with cubs without complete knowledge of den locations and adequate protocols for avoiding disruption.

It is anticipated that the process will be aggressively pushed forward when (and if) the Government shutdown is resolved. Watch for additional updates, including information on how you can provide your input on the EA and Incidental Take Permit.