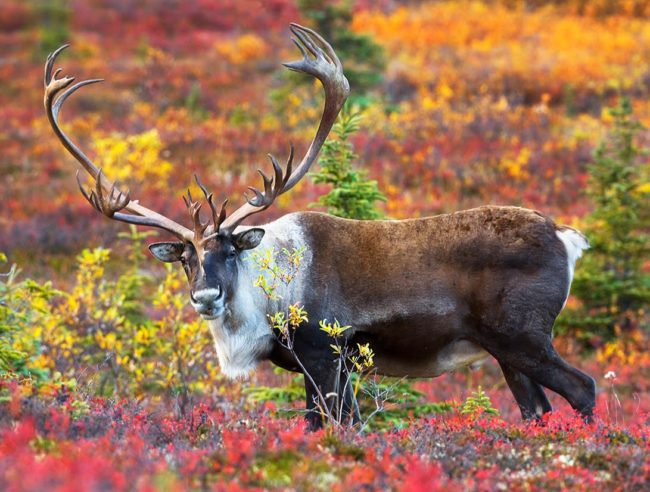 It has been a wild month! The  Department of the Interior (DOI) took major steps toward oil and gas leasing in the Arctic Refuge and pushed the Kenai Refuge to adopt destructive proposed wildlife and management regulations. However, the DOI supported by Friends won a major lawsuit that upheld the 2016 Kenai Refuge wildlife regulations.

There have been two different attacks on wildlife management direction on the Kenai Refuge.  One is a lawsuit by Safari Club and the State of Alaska against the Fish & Wildlife Service (FWS) seeking to overthrow aspects of the Kenai Regulations on the grounds they were not compatible with state regulations.  The second is the FWS’s own attempt to revise the Kenai Regulations under pressure from the State and DOI.

On November 13, 2020, the Federal District Court in Anchorage ruled against the State of Alaska and Safari Clubs International and upheld the long-standing 2016 Kenai Refuge regulations that prohibit the hunting of brown bears over bait and require management of the Skilak Loop Wildlife Recreation Area for wildlife viewing and education see Trustees Press Release HERE. The decision confirms that the Fish and Wildlife Service necessarily has the authority to manage wildlife on lands it oversees and to set management priorities within Refuges even if it conflicts with State priorities. Friends and 15 other conservation organizations intervened on behalf of the DOI to secure this major victory against those who blindly promote trophy hunting and predator control on our refuges and other public lands. Again, we received outstanding legal representation by Trustees for Alaska!

Over 45,000 individual comments were submitted to FWS during the two public comment periods on the proposed revisions to the Kenai Refuge regulations, which would allow hunting of brown bears over bait and eliminate federal trapping regulations and management. We understand that Washington officials feverously pushed to complete the required analysis of this massive number of comments in hopes of ramming through the regulations prior to the change in administration. There are numerous problems with the process and the details of the proposed regulations that may require major revisions and a possible EIS. It appears that these issues may not be adequately resolved before the January 20 inauguration and the installation of a conservation friendly DOI and FWS.

You can read more about this issue on our website.

The Bureau of Land Management (BLM) officially issued its call for nominations for oil and gas leasing November 17, starting a 30-day comment period (ending Dec. 17th) where groups and individuals can state their opinions about areas/tracts BLM should or should not offer and what the agency needs to consider prior to doing so.  See the Call For Nominations and Comments  here. Friends plans to sign on a group comment to be assembled by Trustees.

We heard that the BLM will announce this week that they will hold a lease sale with bids to be opened on January 6, hoping to issue leases prior to a change in administration. It is an unprecedented maneuver to call for bids in the middle of the period for the public to formally comment on the call for nominations, and it may be a violation of the public process.  They will also be issuing the draft Incidental Harassment Authorization related to polar bears and the Kaktovik Inupiat Corporation (KIC) seismic proposal for public review, as BLM continues to process the permit for seismic exploration on the Coastal Plain that KIC hopes to begin this month.

We urge all Alaskans to voice their opposition to oil and gas development in the Arctic Refuge.  Since BLM is not accepting electronic comments, written comments must be mailed and received by December 17.  Mail to: State Director, Bureau of Land Management, Alaska State Office, 222 West 7th Avenue, Mailstop 13, Anchorage, AK 99513-7504.

We have no specific news on the State of Alaska application to FWS to construct a road through the Refuge under the theory that they are entitled to access to inholdings under ANILCA 1110(b). The State needs a Clean Water Act 404 permit from the Army Corps and will seek other ANILCA temporary permits for site investigation. There are NEPA requirements and other ANILCA permitting requirements that apply to this process. Trustees for Alaska is closely monitoring this and will develop whatever is needed to respond to this latest insult to Izembek!

The Pebble Partnership received a knockout blow when the Army Corps of Engineers denied the mine permit because the Pebble Project failed to provide satisfactory mitigation plans for the proposed mine. We are hopeful that this ill-conceived, destructive project is finally moribund, but such promises of short-term financial riches have a tendency to be rejuvenated and need to be carefully watched.

We have no specific update on the declining Mulchatna caribou herd that ranges over a huge area of Western Alaska and encompasses large portions of the Togiak and Yukon Delta Refuges. The State is asking to extend its current, unsuccessful predator control activities to federal lands within the refuges. However, this is not consistent with FWS management practices and is unlikely to achieve the State’s hopes of increasing the caribou population. Since the declines in the caribou numbers are most likely due to human predation and smaller impacts of habitat loss and other factors, FWS may mount a major effort to inform the local subsistence hunters about the problems of overharvest and enlist their support for a moratorium on hunting caribou. Fortunately, there seems to be an overabundant moose population in the vicinity of the Yukon Delta Refuge that could help to alleviate the resulting reduction in food supply that would accompany a hunting moratorium. Unfortunately, there is no such overabundance of moose around the Togiak Refuge.