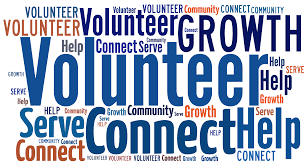 January:  We had a Friends Board Retreat and 5 of us went to Hawaii for the Peer to Peer Workshop with the Friends of the Pacific Islands Refuges

March: has been a busy month as the Friends have approved the Refuge Requests to date and new Volunteer Opportunities have been posted on our website.  Friends had a table at Homer’s Volunteer Fair at Islands & Ocean on March 21 and 22. The Kachemak Bay Shorebird Festival Volunteer Sign-up recruitment at the fair resulted in a dozen or more members and interested non-members signing on to help. To date, 21 individuals have volunteered for 62 events. Of the 21, at least 13 are current members while the rest are interested in joining Friends or receiving more information about our organization.

May: has been a very busy month for Alaska Maritime National Wildlife Refuge and Friends volunteers at two major events: Kachemak Bay Shorebird Festival in Homer (May 10-13) and Battle of Attu 75th Anniversary Commemoration events in Anchorage (May 17-19).

June: Kanuti NWR sponsored the 24th Dalton Highway Invasive Plant project the week of June 18-22. Three Friends volunteers pulled white sweet clover and bird vetch along the Haul Road river crossings between the Kanuti River just south of the Arctic Circle to the Dietrich River, north of Wiseman. This will be the last year of this project. Staffing shortages and cuts in many programs continue even as the invasive plants proliferate in the absence of more drastic strategies.  The plans for next year will likely only involve monitoring down-river from the highway in a few rivers or creeks each summer.

Dragonfly Day was held on June 23 in Fairbanks with a local Friend (Joe Morris) staffing the Friends table and selling books for the dragonfly expert John Hudson. John contributed 50% of the sale price to Friends. This popular event was sponsored by the three Fairbanks refuges: Arctic, Kanuti, and Yukon Flats, with funding provided by Friends for the venue, advertising, and other expenses. There were @ 350 in attendance.

July. A previously approved project, Dalton Invasives- July, was canceled. The Kaktovik Polar Bear Viewing project was filled.  Preparations for travel for Arctic’s Camp Goonzhii are underway for the two volunteers. Discussion continues with Tina Moran of Kanuti for winter opportunities at the Coldfoot Winter V.C.

August: Camp Goonzhii in Arctic Village, was postponed until Sept. 12 due to a death in the village.

Many Friends have been busy, however, organizing outreach events, writing grants, planning a workshop for 2019, advocating for Refuges, and getting out the newsletter and social media posts.

September: There was one volunteer opportunity, Camp Goonzhii, which Cindy Sisson attended.  Thanks, Cindy, for representing Friends for this annual Arctic Refuge project: the science and culture camp in Arctic Village.

October:  We have received notices from 12 interested members who would like to volunteer for the winter visitor center in Coldfoot next Feb.-March-April. These included 5 couples and 2 single individuals. Thanks to all who wish to volunteer! We will attempt to accommodate as many as possible during the approximately 7 week period the center will be open.

November: No new projects. I have been working out the scheduling for the Coldfoot Winter Visitor Center with the 16 Friends who have volunteered or expressed an interest in staffing it for a week or more at a time.