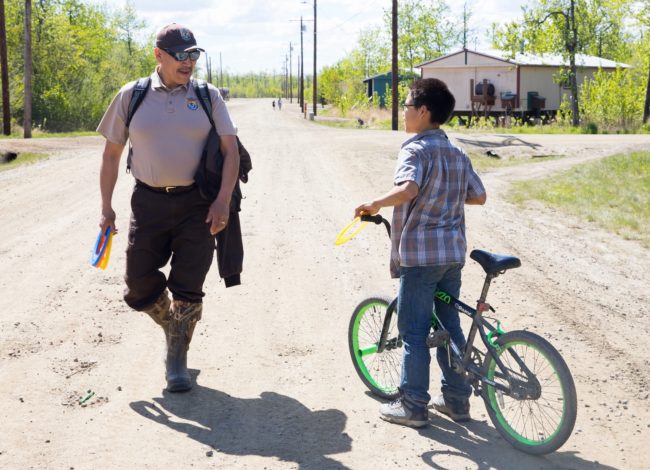 This meeting’s presentation was recorded: watch below.
This recording does not include Jacqueline Cleveland’s video (not yet released).

Christopher Tulik of the Yukon Delta National Wildlife Refuge and Jacqueline Cleveland of the Togiak National Wildlife Refuge, both Yupik, will present on their work as Refuge Information Technicians (RITs).  Christopher’s intimate knowledge of the Yupiaq language and culture, the local area and the people make him a valuable liaison between the Refuge and those who live in the communities on and around the Yukon Delta Refuge. He travels by boat, snowmachine and plane to make personal visits to dozens of small subsistence communities. During the visits, he informs residents about Refuge-related conservation work, hunting and fishing opportunities, and other topics that are important to subsistence harvest.  He also hears their concerns and local knowledge of fish and wildlife matters and ensures this is communicated to Refuge staff back at refuge headquarters.   Jacki is new to her role as an RIT for Togiak National Wildlife Refuge.  She will share with us the essence of subsistence life in her village of Quinhagak through her outstanding photography and videography. 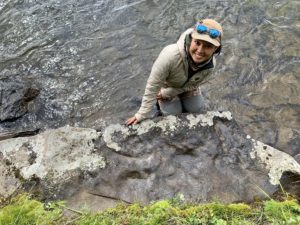 Jacqueline with sauropod dinosaur tracks on the Togiak Refuge.

Christopher Tulik was born in Bethel and raised in Nightmute, a small village on Nelson Island along the western Bering Sea coast of the refuge. Growing up in a traditional subsistence lifestyle has given Christopher an understanding of the importance of fish and wildlife to the culture of local Alaska Native people.  Christopher has said he became interested in working with wildlife when he was very young and became aware of the fish and wildlife all around him that sustained his family in all seasons.  He learned respect for nature from watching his father and older brothers returning from the hunt and how the catch had been properly handled. 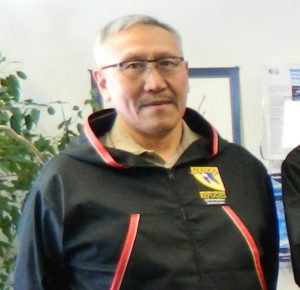 He was one of the youngest Refuge Information Technicians (RITs) hired when the program began in 1984. After a break, he returned to serve as an RIT in 2014 to assist the Refuge with outreach, education and tribal consultation. Christopher Tulik recently accepted a position as the Lead Refuge Information Technician (RIT) for the Yukon Delta National Wildlife Refuge. In this position Chris will supervise up to five permanent RITs. You can read more about Chris’s life and work here.

Nalikutaar (in Yup’ik) or Jacqueline Cleveland was raised in Quinhagak, Alaska where she currently lives with her fiancé, Franko and dog, Pumba. Jacki received her Bachelor of Art’s degree from Montana State University in Media and Theatre Arts and Native American Studies. She is a subsistence hunter, fisher and gatherer, a freelance photographer/videographer, and recently accepted the job of Refuge Information Technician for the Togiak National Wildlife Refuge. 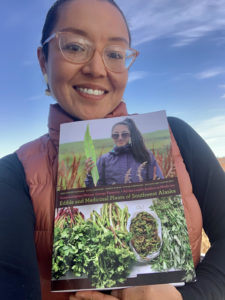 Jacqueline Cleveland with the book that features her photographs.

Jacki has had her photographs published in numerous publications most notably in the 2020 book from the University of Alaska Fairbanks press, Yungcautnguuq Nunam Qainga Tamarmi/All the Land’s Surface is Medicine: Edible and Medicinal Plants of Southwest Alaska, for which she did most of the photography.  Jacki recently completed a film project with BBC on Nelson Island in which she served as location manager.  The segment on muskox in rut filmed on the island will be part of the Earth’s Great Rivers II to be out this spring on BBC.  Jackie is currently finishing up work on a film about climate change that she co-directed, served as cultural advisor for, as well as did some of the filming.  Ellavut Cimirtuq/Our World is Changing will also be out this spring. 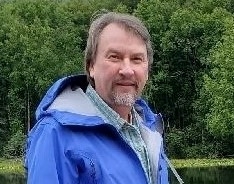 Join us to discover the rich cultural and historic legacy of Alaska’s Refuges.  Jeremy Karchut will provide an overview of the refuges’ vast array of cultural resources representing 14,000 years of human history.  Sites range from those associated with the earliest humans to set foot in North America to mid-20th century aircraft hangars. Prehistoric archaeological sites in the Arctic, rock art on the Kodiak coast, historic cabins on the Kenai Peninsula, WWII battlefield sites in the Aleutians, and historic Fish & Wildlife Service (FWS) facilities critical to the agency’s Alaska mission are some of the cultural resources to be highlighted in this talk.

The FWS recognizes cultural resources as fragile, irreplaceable assets with potential public and scientific uses, representing an important and integral part of the heritage of our Nation and descendant communities. It is FWS policy to identify, protect, and manage cultural resources located on refuge lands.  Jeremy will consider some of the challenges and rewards of managing these nonrenewable resources in an era of rapid environmental change and include highlights of key federal historic preservation legislation. 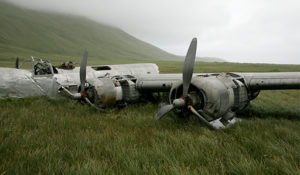 B-24D Liberator Bomber that crashed in 1942 on Atka Island, in what is now part of the Alaska Maritime NWR. Photo by Steve Hillebrand, USFWS.

Jeremy is the FWS Regional Archaeologist in Anchorage.  He is interested in high altitude and high latitude archaeology and for more than 20 years he’s been involved with projects focusing on the effects of climate change on archaeological resources and what archaeology can teach us about how humans adapted to environmental change in the past. Jeremy is a native of Colorado, having earned a BA in Anthropology from Fort Lewis College, Durango in 1998, and a MA in Archaeology and Ancient History from University of Leicester, UK in 2003. He has served as a federal archaeologist since 1995, including with the US Forest Service and the National Park Service in the US Southwest, Central and Southern Rocky Mountains, Great Plains, and 12 years in Alaska.

This presentation was recorded; view below.