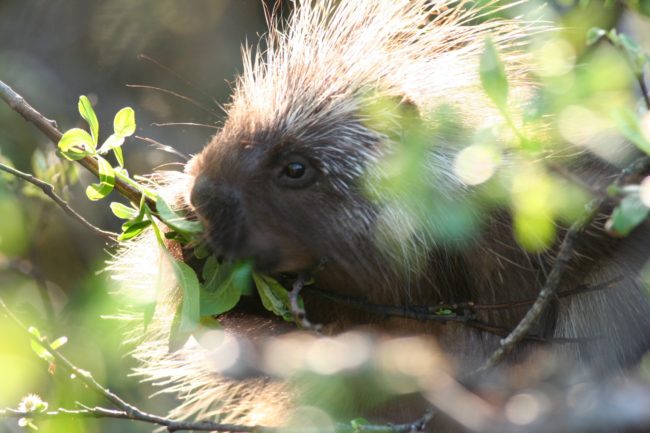 Appointments to Department of the Interior (DOI) and the United States Fish and WIldlife Service (USFWS) are moving through the Senate very slowly. It is not clear how long it will take for nominations and confirmations of key personnel, including the Director of USFWS. We are particularly concerned about whether there will be an appointment of a Special Assistant for Alaska. If these processes drag on for too long, it may be difficult to achieve important conservation goals for Izembek, Arctic, and other Refuges.

Sturgeon DecisionThe most recent action following the Supreme Court decision in Sturgeon v. Frost, 139 S. Ct. (1066) 2019 was the announcement by the State of Alaska concerning federal waters on the Kenai Peninsula, including the Kenai Refuge. Based on this ruling and Alaska National Interest Lands Conservation Act (ANILCA) Sec. 103, the State of Alaska asserted primary jurisdiction over navigable waters on federal lands in Alaska. They can apply for quiet title through the courts or to BLM for a disclaimer of interest. If they succeed, they will be able to manage navigable waterways in refuges and parks that might include many rivers and lakes and wild and scenic rivers. This would require a determination of which are navigable waters, which have never been clearly defined. This creates a frightening potential for access to mining, motorized recreation, and oil and gas development on refuge rivers, lakes, and lands. We need to work with DOI and refuge staff to minimize these potential impacts.

The moratorium on all oil and gas activities in the Arctic Refuge continues under President Biden’s executive order that directs the Interior Department to review the oil-leasing program for the Refuge, and “as appropriate and consistent with applicable law,” to do a new analysis of its potential environmental impacts. The Arctic Refuge Defense Coalition (ARDC) continues to monitor the impacts of President Biden’s Executive Order, including what it means for seismic exploration in the Refuge and the leasing program overall. In the meantime, the 60-day stay in litigation which was to end in mid-April has been extended until June 11. We are waiting for an announcement from BLM that they have denied or not acted upon the seismic application following the Incidental Harassment Authorization (IHA) not being acted upon.

The lease holder 88 Energy may be planning to do directional drilling from the adjacent State land on which they hold a lease. The ARDC continues to put pressure on 88 Energy to halt their plans. We will watch for any news on threats to the Refuge.

The potential damage to the Arctic Refuge by the recent claim by Kaktovik that they have an established right to use off-highway vehicles (OHV) for subsistence hunting in the Refuge is the subject of a year-long study under contract to USFWS to be completed by December 23, 2021. The study is gathering information to determine if there is a factual basis for their claim that there are established traditional uses of OHVs in the Refuge. In the meantime, the solicitor’s opinion issued under the prior administration determined that the Refuge is currently open to OHV uses for subsistence because no formal policy prohibits such uses. We are hopeful that Robert Anderson will be confirmed as DOI Solicitor and will re-examine that decision, which many believe was an incorrect interpretation to allow OHV use in the Refuge.

Izembek National Wildlife Refuge
The Alaska FWS is working on the State of Alaska’s four revised applications to do summer work to support resubmitting their application to construct a road through the biological heart of the Izembek Refuge Wilderness. There is extreme political pressure to approve these permits for wetland delineations, endangered species, and cultural resources. The State plans to use helicopters to access the designated Wilderness, which could complicate the permit process and possibly result in litigation. If the process does proceed, it will likely take at least a year for the required NEPA process. The State also needs a Clean Water Act 404 permit from the Army Corps of Engineers and is seeking other ANILCA temporary permits. There are also National Environmental Policy Act (NEPA) requirements and other ANILCA permitting requirements that apply to this process. We hope that the new administration will ultimately rule that this latest assault on the Izembek Wilderness by the State and King Cove is not allowed under ANILCA. In the meantime, we await the decision by the Ninth Circuit Court of Appeals concerning the defendants’ appeal of our second successful lawsuit that stopped the illegal land transfer for the proposed road. We are hopeful that the new administration will abandon the appeal.

Other Refuges
We have no significant update on oil exploration on Doyon inholdings in the Yukon Flats Refuge, the Mulchatna caribou herd and possible predator control in Yukon Delta and Togiak Refuges, and the BLM Central Yukon Plan.