By Board President, David Raskin 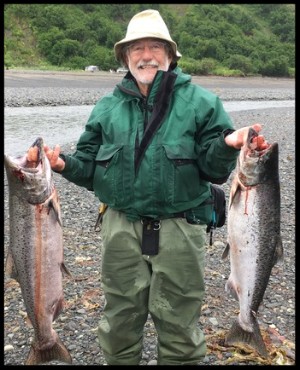 Oil Drilling in the Arctic Coastal Plain
The criticism continues concerning the DOI fast-track goal of completing a draft environmental statement (DEIS) for oil leasing in less than six months. There are serious questions about the financial health, expertise, and independence of the contractor to whom BLM has granted a permit to conduct extensive seismic exploration on the Coastal Plain. Such operations would leave lasting scars on the tundra and destroy vegetation. Seismic testing also poses a risk to denning polar bears that are increasingly coming onshore in the Arctic Refuge to build their winter maternity dens. Even with the best technology, it is not possible to identify all denning sites. The vibrations from testing can and have caused female polar bears to abandon their cubs. For a summary of the potential risks and impacts from seismic click on the Alaska Wilderness League fact sheet here.

The Bureau of Land Management has yet to post the full seismic application, only a seven-page project proposal summary document. Seismic exploration could begin as soon as this December. The BLM claims that the impacts from seismic exploration are minimal and necessitate only a brief Environmental Assessment rather than a full Environmental Impact Statement. This rushed and potentially flawed process to assess the potential damage from seismic exploration and oil development continues to raise the specter of legal action by conservation organizations that would considerably delay the government’s frantic rush to develop oil in the Arctic Refuge.

Izembek Land Trade and Road
The lawsuit challenging the proposed land trade and road through the heart of the Izembek wilderness continues to work its way through the Anchorage Federal District Court as Trustees for Alaska performs excellent legal work on behalf of Friends and eight other conservation organizations who filed the lawsuit against the proposed land trade and road.  Trustees is preparing our reply to the Department of Justice reply brief that was filed August 22. There is little new in the government brief, and we remain optimistic that we will prevail against this destructive, costly, and unnecessary project.

Kenai Revised Regulations
The USFWS is preparing revisions to the regulations regarding hunting in the Kenai National Wildlife Refuge. This revision was ordered by DOI to accommodate the long-standing efforts of the State of Alaska to dramatically increase hunting and motorized access on the Refuge. As with the similar DOI orders to the National Park Service, their plan is to eliminate long-standing protections of habitat and wildlife on national wildlife refuges. The State wants to authorize hunting of brown bears at bait stations, which has never been allowed on refuges, and expand hunting and access in other areas of the refuge that have been limited by extensive studies and public participation that resulted in the current regulations. We are closely monitoring this process and working with our conservation partners to prevent or at least minimize these destructive regulations.

Sturgeon v. Frost
The U.S. Supreme Court agreed to rehear the Sturgeon lawsuit against the National Park Service that had prevented his continued operation of a hovercraft in a national park. This suit challenged the authority of the Park Service to regulate activities on navigable waters in the national parks, which has major implications for national wildlife refuges and other national conservation lands. We had joined an Amicus Brief submitted by Trustees for Alaska on behalf of 14 conservation organizations in support of the Park Service. The Sturgeon oral argument has been scheduled for Monday, November 5 in the Supreme Court.

There are no big changes in the government’s arguments, although there has been a change in the alignment of the amici.  The congressional delegation did not file this time, and the ANCSA corporations mostly dropped out, only Ahtna filed. We are in a strong position with the brief we had previously filed, which is being updated for resubmission.  The U.S. brief on behalf of the National Park Service will be filed on September 11.