Art in the Arctic in its 4th year was a big hit once again drawing a younger and diverse crowd of 250 on March 7.  Friends cosponsored this art show showcasing works highlighting the three northern refuges – Arctic, Yukon Flats, and Kanuti.  This year’s theme was “Public Lands – Open to all Americans to Use and Enjoy“.  Various works portrayed hunting, fishing, hiking, wildlife viewing, river-floating, photography, sightseeing and other uses of public lands.  Eight artists were selected to exhibit in the show which will be up for the entire month at the popular coffee house and art gallery, VENUE, located at 514 – 2nd Avenue Fairbanks, Alaska.  Mediums ranged from wood carvings to oil to photography, fabric art, and large-scale watercolors.  It was a lovely evening with great food, good messaging about the refuge system and high visibility for the three refuges.  Featured artists included Lindsay Carron who has completed two Artist in Residence programs at the Arctic Refuge as well as spent time on the Yukon Delta Refuge.  Special Tee shirts were created for the event – one Art in the Arctic Tee and one – Find Your Refuge Tee.  Both are available for sale online and 10% of the proceeds go to Friends. 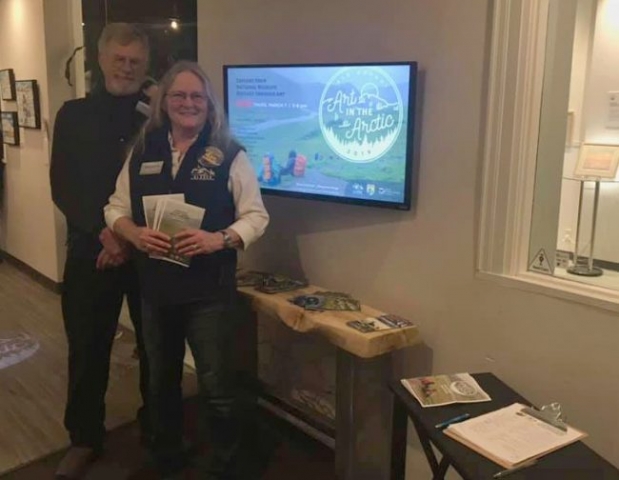 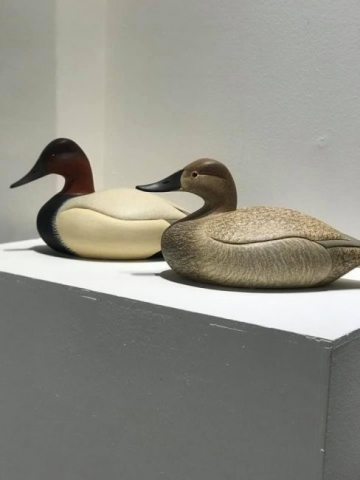 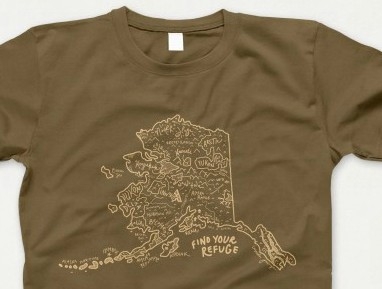 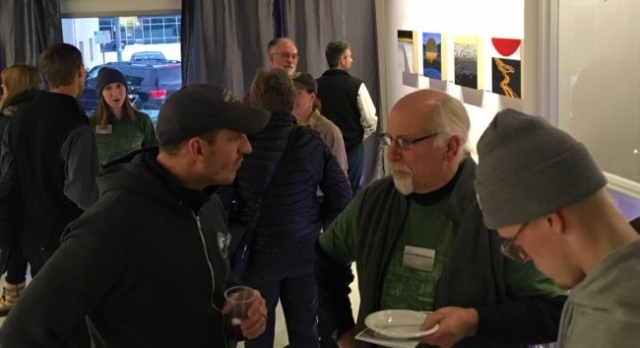 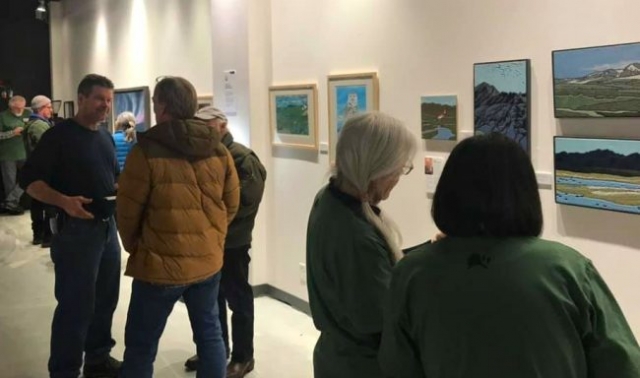 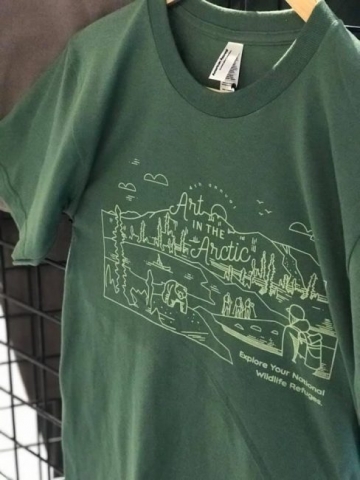 Fairbanks Friend Jeff Walters and Homer Friends Poppy Benson and Frank Cloyd were on hand to greet and orient attendees and recruit for Friends.  Several new members signed up at this event and at the Alaska Bird Conference which was also held in Fairbanks earlier in the week.  At the end of the week, plans were afoot for a face to face meeting of Fairbanks Friends during our April 16 monthly membership meeting.  Contact Poppy Benson, poppyb.ak@gmail.com for more details.