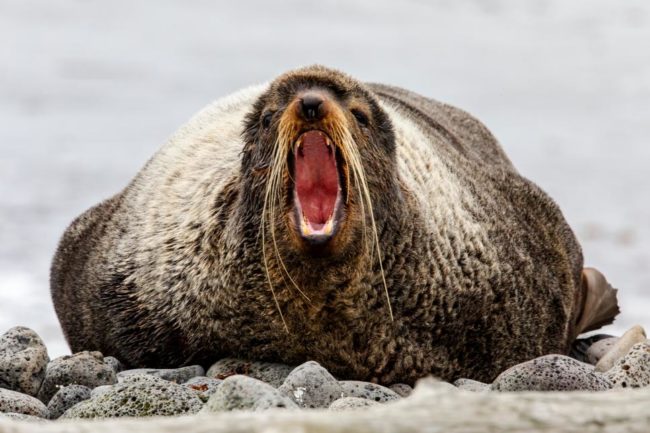 We await the Senate vote on the nomination of Representative Deborah Haaland to be Secretary of the Interior. Senator Murkowski met with her and voted in favor of her nomination being forwarded to the full Senate for confirmation. The conservation community is closely following this as it develops.

Kenai Regulations
As we wrote last month, the Kenai Refuge survived the possible adoption of the revised regulations pushed by outgoing Department of the Interior Secretary Bernhardt. The only remaining issue is the proposed restriction on shooting within the Kenai River corridor that the Court sent back for Fish and WIldlife Service (FWS) to provide a basis for this aspect of the 2016 regulations. That is being prepared for submission to the Court.The State of Alaska and Safari Clubs were unsuccessful in challenging other aspects of the regulations. This leaves the most important provisions of the 2016 Kenai regulations in place.

Arctic National Wildlife Refuge
There is no news concerning the leasing program as the moratorium on all oil and gas activities in the Arctic Refuge ends in mid-April. We hope that the Administration is actively exploring avenues to nullify or buy back the leases that were sold to the Alaska Industrial Development and Export Authority (AIDEA) and two small companies. In the meantime, the lawsuits to nullify the lease sales by the conservation community have been stayed for 60 days.

There is a new threat to the Coastal Plain. The other leaseholder, 88 Energy, may be planning to do directional drilling from the adjacent State land on which they hold a lease. We will watch for any news on this latest threat to the Refuge.

Meanwhile, the Kaktovik Inupiat Corporation (KIC) application for seismic exploration this winter on their inholding was not granted because it did not meet the February 13 deadline set by USFWS. This resulted from the failure of FWS to act on the required Incidental Harassment Application (IHA) because they ran out of time to analyze the 6 million comments they had received. KIC criticized FWS for delaying the permit process and has reapplied for a permit to conduct seismic exploration next winter.

We have no update on the threat to the Arctic Refuge by the recent claim by Kaktovik that they can use off-highway vehicles (OHV) for subsistence hunting in the Refuge. They based their assertion on unsupported statements that there is an established traditional use of OHVs in the Refuge. We are monitoring this situation as it develops.

Izembek National Wildlife Refuge
The State of Alaska is working on their revised application to construct a road through the biological heart of the Izembek Refuge Wilderness. The Biden Administration 60-day pause in all FIsh and Wildlife Service (FWS) permitting processes expires this month, and we are waiting to see how the Department of the Interior (DOI) proceeds after the confirmation of the new Secretary. If the permit process does proceed, it will likely take at least a year for the required National Environmental Policy Act (NEPA) process. The State also needs a Clean Water Act 404 permit from the Army Corps of Engineers and will seek other Alaska National Interest Lands Conservation Act (ANILCA) temporary permits for site investigation. There are also NEPA requirements and other ANILCA permitting requirements that apply to this process. We hope that the new administration will ultimately halt this latest assault by the State and King Cove on the Izembek Wilderness. In the meantime, we await the decision from the Ninth Circuit Court of Appeals concerning our second successful lawsuit that stopped the illegal land transfer for the proposed road.

Central Yukon Management Plan
The Bureau of Land Management (BLM) released the Central Yukon Draft Resource Management Plan and Draft EIS, linked here, that affects 56 million acres of public lands, which include 13.1 million acres of BLM-managed lands along the Dalton Highway and Central Yukon areas. Their proposed plan could open up many areas to mining and other developments that would negatively impact wildlife, habitat, and fisheries of many tributaries that flow into the Yukon River and several refuges. We are working with the National Wildlife Refuge Association to submit comments that are due by March 11, 2021.

Yukon Flats National Wildlife Refuge
We recently learned that Doyon Corporation is working with Hilcorp to develop a plan for exploration and possible drilling on Doyon’s inholdings in the Refuge. They may be developing requests for permits from FWS for these activities on Doyon lands and possible permit applications for drilling on Refuge lands. We will be watching this very closely and will explore options to prevent any such activities on Refuge lands. It never ends!!.

Mulchatna Caribou
The Alaska Board of Game has postponed until 2022 its meeting to consider proposals for the State to extend its current, unsuccessful predator control activities to federal lands within the refuges. We will be watching for any developments.