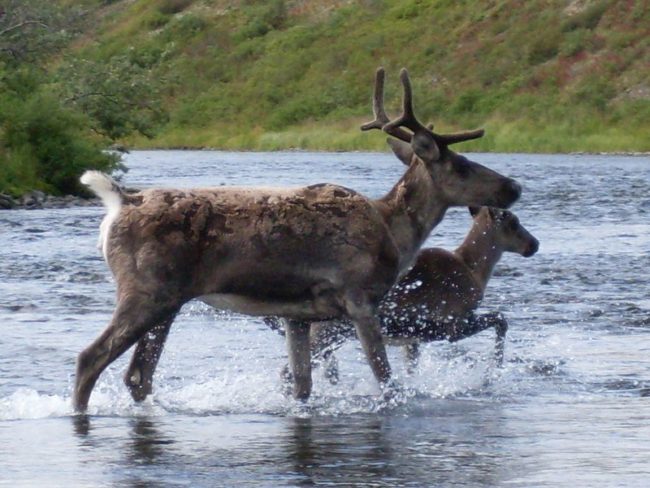 The last month has witnessed many developments and actions by the outgoing Trump Administration and the incoming Biden Administration, many good and some bad! The good news includes many replacements at the upper levels of the DOI with the nomination of Representative Deborah Haaland to be Secretary of the Interior and the return of Cynthia Martinez as the Chief of Refuges for the USFWS.

The The Kenai Refuge survived the possible adoption of the revised regulations pushed by the outgoing DOI. The strategic submission by the Refuge of a “skinny version” of the proposed regulations that omitted the baiting of brown bears and the removal of the Refuge trapping regulations delayed the process long enough to prevent their adoption before the inauguration. Friends and other conservation organizations played a major role in helping to slow down and ultimately stop those destructive regulations. The remaining issue is the proposed restriction of firearms on the Kenai River corridor that the Court sent back for FWS to provide a basis for this aspect of the 2016 regulations that were unsuccessfully challenged by the State and Safari Clubs. That is being prepared for submission to the Court. This leaves the most important provisions of the 2016 Kenai regulations in place..

The great news was the executive order by the Biden administration on his first day in office that declared a moratorium on all oil and gas activities in the Arctic Refuge along with other areas. It was wonderful to see this as a headline event on Day 1. Kudos to the ARDC! The next step is for the Administration to explore avenues to nullify or buy back the leases that were bought by the Alaska AIDEA and two small companies.. Meanwhile, U.S. Representatives Huffman and Senator Markey on February 4 introduced the Arctic Refuge Protection Act  that would provide Wilderness designation to the Coastal Plain, prevent oil, gas, or other development, and safeguard the subsistence rights of the indigenous people.

The latest threat to the Arctic Refuge is the recent claim by people in Kaktovik that they can use off-highway vehicles (OHV) for subsistence hunting in the Refuge. They based their assertion on unsupported statements that there is an established traditional use of OHVs in the Refuge. Without any evidence to support of their claim, the Trump era DOI Solicitor in Washington issued an opinion that ANILCA allows the Refuge to be open for such use in the absence of a contrary regulation or law to prevent it. This appears to be a forced and incorrect interpretation of the law and is being re-evaluated by the new administration. We are monitoring this situation as it develops.

In the final days of the Trump administration, Interior Secretary Bernhardt overturned the FWS determination that the State of Alaska application to construct a road through the biological heart of the Izembek Refuge Wilderness was incomplete in major respects and could not be considered until they provide considerable information and correct serious deficiencies. Bernhardt arbitrarily overrode the requirements and ordered the FWS to proceed “expeditiously” with the approval process. However, the Biden Administration instituted a 60-day pause in all FWS permitting processes, which  allows a complete re-evaluation of the legal basis for the State’s theory that they are entitled to access to inholdings under ANILCA 1110(b). If the permit process does proceed, it will likely take at least a year for the required NEPA process. The State also needs a Clean Water Act 404 permit from the Army Corps of Engineers and will seek other ANILCA temporary permits for site investigation. There are also NEPA requirements and other ANILCA permitting requirements that apply to this process. We expect that the new administration will ultimately halt this latest assault by the State and King Cove on the Izembek Wilderness

The BLM has developed a Central Yukon Management plan that includes a vast amount of public land that borders seven Alaska National Wildlife Refuges in the northern and central areas of the state. BLM has released a Central Yukon Draft Resource Management Plan and Draft EIS that affects 56 million acres of public lands, which include 13.1 million acres of BLM-managed lands along the Dalton Highway and Central Yukon areas. Their proposed plan could open up many areas to mining and other developments that would negatively impact wildlife, habitat, and fisheries of many tributaries that flow into the Yukon River and several refuges. Comments are due by March 11, 2021.

The latest development is the postponement of the Alaska Board of Game meeting that would consider the State desire to extend its current, unsuccessful predator control activities to federal lands within the refuges. We will be watching for any developments