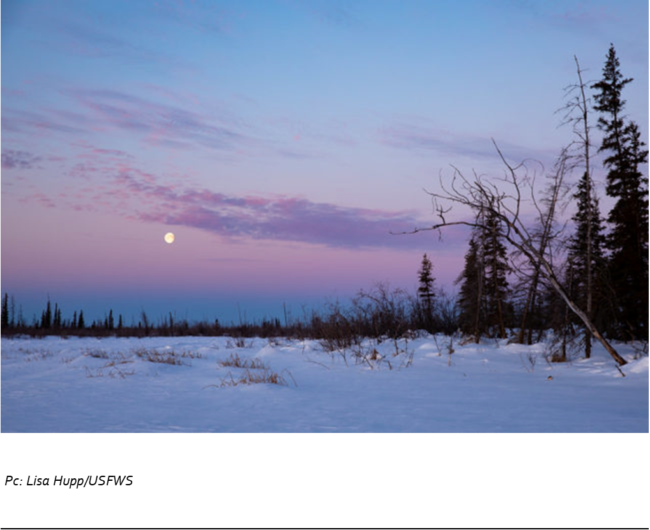 This webinar was recorded.  The recording will be posted here.

Doors open at with light refreshment at 4:30pm, presentation begins at 5pm at all 4 locations! 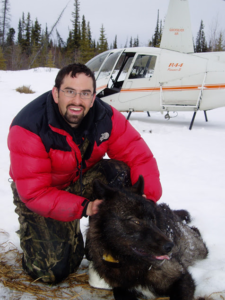 Bryce Lake with sedated wolf after the radio collar was attached. His red coat was a deliberate choice so the helicopter capture crew could  easily find Bryce in the expansive landscape to deliver a wolf to him for collaring.

Yukon Flats National Wildlife Refuge is unique because wolves and moose occur there at some of the lowest densities in North America. With moose the only large prey available to wolves on the Yukon Flats, how does the low prey density change the wolves behavior?  Do wolves eat fewer moose when moose are scarce (wolf kill rate)?  How do wolves adapt to few prey (search behavior)?  Join Yukon Flats Wildlife Biologist Bryce Lake to hear his stories about his four years of field work trying to answer these questions.   He will share moose numbers, wolf numbers, and what he has learned about this unusual predator/prey situation. 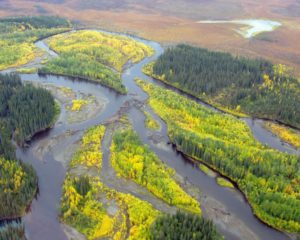 Yukon Flats Refuge, a vast complex of wetlands, is the third largest refuge in the country.. pc: USFWS

Bryce Lake says the most rewarding aspect of his job is the inspiration he draws from interacting with and learning about the hidden ways of nature, some of which he will share in this talk. Bryce has been a wildlife biologist for the Yukon Flats National Wildlife Refuge since 2008.  He has broad experience in Alaska having spent 13 summers from 1998 to 2008 living in a tent and working as a field technician on the Copper River Delta, North Slope, Yukon Delta, and the Interior. He has had prior experience on other Alaska National Wildlife Refuges including Yukon Delta Refuge and as an intern at Kanuti Refuge. Bryce’s job as a wildlife biologist is to conduct biology to inform management decisions. This usually means aerial surveys to count wildlife, capture and radio collar birds and mammals, and band ducks. His latest experiment is using trail cameras to monitor furbearers, particularly lynx. You can read about surprising things that Bryce has discovered with his trail cameras in the Science Corner of our February 2021 issue of our newsletter.

Bryce holds a master’s degree from the University of Alaska Fairbanks. His thesis focused on how early environment shapes the growth of goslings. In his spare time, he enjoys all things outdoors, usually fishing, camping, hunting, and hiking with his two dogs. He also enjoys watching a close hockey or football game. Bryce lives in Fairbanks.