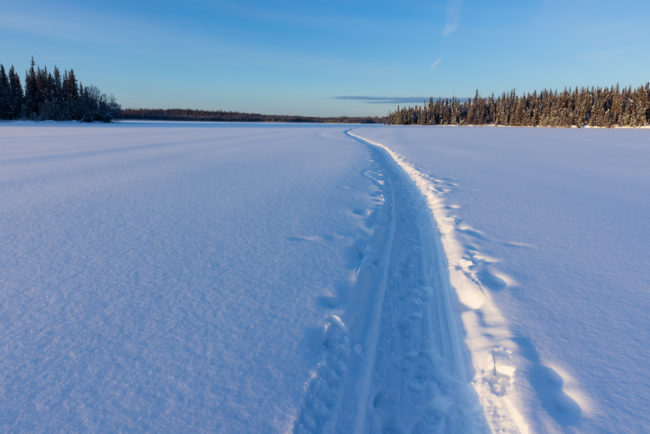 Since the Department of the Interior announced that a Special Assistant for Alaska will be appointed, there is still no word about who is being considered or any announcement. We are beginning to think that there will be no special assistant appointed and that staff from the previous administration may be assuming more responsibilities.

Arctic National Wildlife Refuge
There are no recent developments on the existing leases, but a second lease sale is required by the existing legislation. However, as more major insurers adopt policies that prohibit involvement in arctic oil and gas development, this adds to the already low interest by major oil companies. We expect that a second lease sale will be another bust like the first sale. In the meantime, U.S. Fish & Wildlife Service (USFWS) and Bureau of Land Management (BLM) continue the lengthy and expensive process of developing the Supplemental Environmental Impact Statement (EIS) required by order of the Secretary. Many conservation organizations, including Friends have intervened on behalf of the government in the federal lawsuit by the Alaska Industrial Development and Export Authority (AIDEA) and the State.

We have no update on the threat to the Coastal Plain by the submission of the SF 299 application by Kaktovik Inupiat Corporation (KIC) for a winter right-of-way across the tundra in a wilderness study area. It should be noted that the request for a winter right-of-way across the refuge may have implications for Alaska National Interest Lands Conservation Act (ANILCA) and the Izembek road controversy. We expect that an environmental review may begin early next year. A draft report on the Kaktovik claim of historical vehicle use for subsistence activities in the Arctic Refuge tundra, including wilderness study areas, is currently under review. Under the solicitor’s opinion in the previous administration, the refuge is open to motorized vehicles, but there has been little activity to date.

Izembek National Wildlife Refuge
The March 16, 2022, panel decision of the Ninth Circuit Court of Appeals in favor of defendants’ appeal overturned our second successful lawsuit that had stopped the illegal land transfer for the proposed road. This disastrous decision rewrote ANILCA to reinstate the land exchange for the road through the heart of the Izembek Wilderness. The far-reaching implications of this decision on 104 million acres of federal conservation units and lands in Alaska are potentially devastating. We await a decision from the Ninth Circuit regarding our petition for en banc review. A decision to rehear the case would nullify the disastrous panel decision and begin the appeal anew. However, denial of our petition would pose great dangers for Izembek, and we will work with our conservation partners to develop other approaches to save the Izembek Refuge and all Alaska federal conservation lands.

This resurrects the specter of drilling platforms, underwater pipelines, and greatly increased industrial transportation in Lower Cook Inlet and the high risk of oil spills that could seriously impact lands and wildlife in the Maritime Refuge.

Kenai National Wildlife Refuge
On October 27, the State of Alaska filed a writ of certiorari with the Supreme Court seeking review of the Ninth Circuit’s decision that supported our win in the District Court.  The State claims that the case raises questions of “exceptional importance” to states and the Ninth Circuit decision is “unsustainable on the merits.” It is noteworthy that Safari Club International did not join the State in this latest appeal. Based on the Court’s schedule and the timelines in the rules, the earliest we might expect a decision is early December. The Supreme Court rejects most petitions for review.

Yukon Flats National Wildlife Refuge
We have heard nothing further on the results of Hilcorp’s shallow exploration on Doyon Corporation inholdings in the Yukon Flats Refuge.  There is great concern that this may lead to oil and gas development that could negatively impact the world-class wildlife and fisheries and subsistence resources in the refuge.