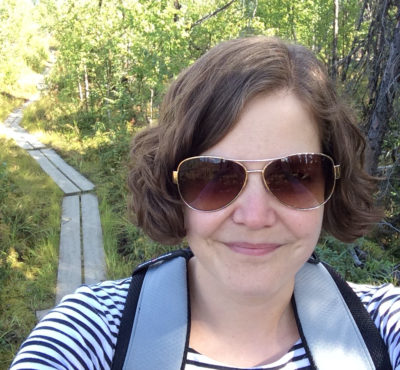 by Caroline Brouwer, Friends Board Member

We are dedicating this advocacy report to the current state of Refuge System funding.  Refuges across the nation are underfunded to the point of neglect and closure. Here in Alaska, Friends support 16 refuges that make up over 80% of the land acres in the Refuge System. Alaska refuges’ funding needs include climate science research and additional biologists and visitor services staff across all refuges, and additional dollars for maintenance of not just habitat, but infrastructure and roads. But perhaps most importantly, we need staff who can work with our local communities to ensure refuges meet the needs not only of our incredible wildlife, but the people who live near them.

First, a few numbers: there are 95 million land acres in the Refuge System, 80 million of which are in Alaska (84% of the land mass of the Refuge System is in Alaska). There are an additional 750 million acres of vast stretches of ocean – both Pacific and Atlantic – in the refuge system, Alaska is the nursery for songbirds and waterfowl which migrate through or winter in the lower 48 and Hawai’i. Refuges provide a network of wildlife habitat that stretches for thousands of miles; these lands and waters are interconnected, and deserve protection and robust funding.

But there is not enough funding to take care of these lands and waters. Congress just passed a spending bill that increased the refuge system budget from $519 million to $542 million. Although it looks like a decent increase, it will be erased due to inflation and 1-2% staff pay increases. For the last dozen years, refuges have lost hundreds of millions of dollars in capacity, and we can see those losses on the ground.

In the Lower 48, these funding decreases have meant closing whole programs like environmental education and visitor services. Most refuge units have no federal wildlife officers to stop poaching. A significant majority of refuges have no staff dedicated solely to that refuge, and are minimally managed. This all results in an erosion of habitat quality due to lack of biological data to inform management decisions, invasive species, wildlife harassment and poaching, the closure of school environmental programs, and on and on.

Refuges in all 50 states are threatened by the effects of climate change, from saltwater inundation to melting permafrost to fires and floods, the impacts of invasive species that crowd out native species, and the increased use we have seen in recent years – over 65 million people visit refuges each year.

In Alaska, these funding decreases right now mean that the regional office is being forced to complex refuges, which means a refuge that formerly had dedicated staff now shares its staff with at least one other refuge. Alaskan refuges are massive – in many cases the size of entire states in the Lower 48. They are complicated to manage, and each one needs its own dedicated staff to manage that complexity. Innoko, Koyukuk, and Nowitna National Wildlife Refuges are already complexed. And now, funding levels are so low that Kanuti and Yukon Flats Refuges are in discussion to be complexed. Kanuti, for example, is the size of the largest of the Lower 48 refuges (Desert National Wildlife Refuge in Nevada at 1.6 million acres). Complexing is only the right answer if we accept that refuges should be underfunded in perpetuity. Instead, we need to focus on addressing the overall funding issue and bring Refuge System funding up to a sustainable level.

So how much money does the Refuge System really need? Well, the Fish and Wildlife Service has been examining these numbers for the last year, talking to each of the eight regional offices around the country to figure out the true need of the System. The answer? $1.5 billion dollars. That need is nearly three times the current funding levels.

Full funding of the Refuge System would mean that not only are wildlife protected, but there is enough funding available for infrastructure repairs, construction, road maintenance, community engagement, environmental education, and support for volunteers. Anyone who has visited a national park has seen educational signage, welcoming staff, well maintained infrastructure, and auto tour routes. The Park Service also has a budget 6 times larger than the Refuge System, and the vast majority of refuges do not receive anywhere near the level of funding as parks do.

The Refuge System is an American treasure. – the largest system of public lands set aside for wildlife in the world. We owe it to ourselves to maintain it. We all know that Congress is not going to suddenly fund the System at $1.5 billion, but our goal is to increase current funding by $200 million each year until that goal is met. The 118th Congress was just sworn in a few days ago.  We will be in touch with next steps for increasing funding for the Refuge System later in the spring when Congress begins their appropriations process.