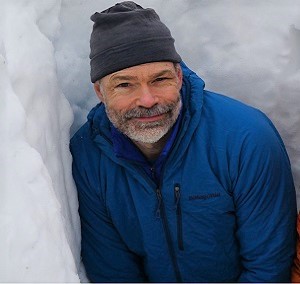 In-person and virtual attendance options to attend this presentation:
How might climate change affect Alaska’s national wildlife refuges?  Climate change is already affecting the high latitudes, including Alaska, in profound ways – warming in the Arctic is now three to four times faster than the average for Earth as a whole. How and how fast the climate will change in the future varies considerably across Alaska, and how those changes will affect the ecosystems, habitats, and species are a critical science need for refuges attempting to adapt to and plan for these futures. Littell will discuss what we know about likely future changes, the impacts that are likely to occur, and how those vary among Alaska’s National Wildlife Refuges. Along the way, he’ll describe how we develop climate projections for the future and where the uncertainties about those futures come from.

Jeremy Littell is a climate impacts ecologist at the Alaska Climate Adaptation Science Center (USGS). He conducts research at the intersection of climate change, ecological responses, and science needs of resource managers and decision makers and works to provide climate information that is relevant to decision makers’ adaptation to climate change. He has 20 years’ experience in climate impacts research. Jeremy grew up in southcentral Alaska, studied and worked outside, and returned in 2012. His doctoral work at the University of Washington focused on ecological and climatic controls on wildfire in the western U.S. and the role of climate in Douglas-fir tree growth across its climatic range. He also worked as a research scientist at the UW Climate Impacts Group, collaborating with resource managers in Federal and state agencies to better understand and use climate information in planning and adaptation.   When he’s not working (and sometimes while working), he can be found trying to find out how much of Alaska can be crossed via human powered locomotion in a day or spending time with his family.